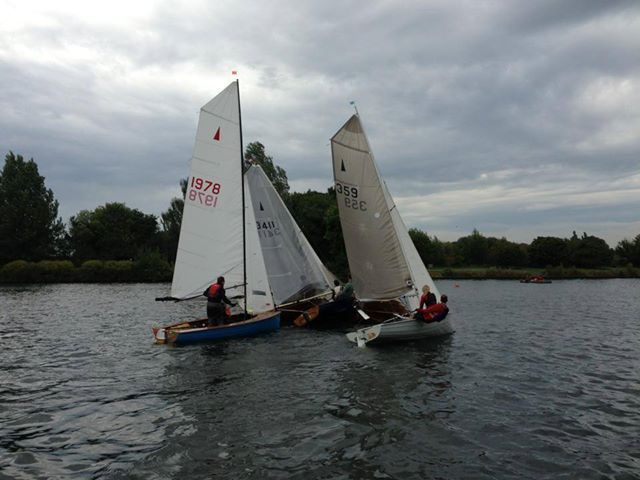 Saturday 28th
September saw the annual Three Club Burgee team racing event return to Thames Sailing Club. Merlin Rockets from Minima and Tamesis arrived around midday and the visitors were treated to bacon and sausage sandwiches and a warm Thames welcome. The weather cooperated with clear skies and a good Force 2 to 3 blew throughout the event with occasional lulls in the wind to reinforce the home team’s advantage. Race Officer Kevin Pearson assisted by Rob Pettit set a figure of eight course that looked tricky on the blackboard but proved terrific to sail and provided plenty of opportunities for boat-on-boat tactics. Race 1 saw Tamesis vs Minima with Tamesis emerging victorious. Whilst they battled it out the Thames team of Chris+Saul, Pippa+Gavin, and Greg+Yvette watched on and tried to hurriedly decide on a race winning strategy. All agreed to just go for it at the start and then try to slow the opposition down if team mates got into difficulty….and this proved a simple and effective plan.

To cut a long story short (7 races were sailed in total!), all the teams raced each other twice, with the best two competing in a ‘medal race’ decider (an innovation for this year). As it was, Thames went into the medal race against Tamesis undefeated after a particularly exciting second race against Tamesis, involving several racing incidents/collisions, including a Tami-on-Tami moment that sent one of the visitors into the Raters (all emerged unscathed), precipitated by some fiendishly slow starboard tack mark rounding by Greg+Yvette. An offer by Thames to forego the medal race was declined and the six boats lined up on a short start line in a force 3, perhaps inevitably disaster struck and one of the Tamesis Merlins capsized just as the starting signal sounded. Gallantly, a Tamesis team mate dropped out to oversee the recovery leaving Thames to sail clear and wrap up the event undefeated. All boats and crews returned to the club safe, sound and undamaged, which was quite a result given the sometimes hairy conditions. Once in the club house a meal of chilli and jacket potato was served and Thames received the Trophy to a warm applause. All agreed that the event had been a complete success and sailed in very good spirit. Thanks goes to Ben Marshall, Patrick Rainer and the catering team for their sterling efforts. The Three Club Burgee trophy is currently on display next to the bar. 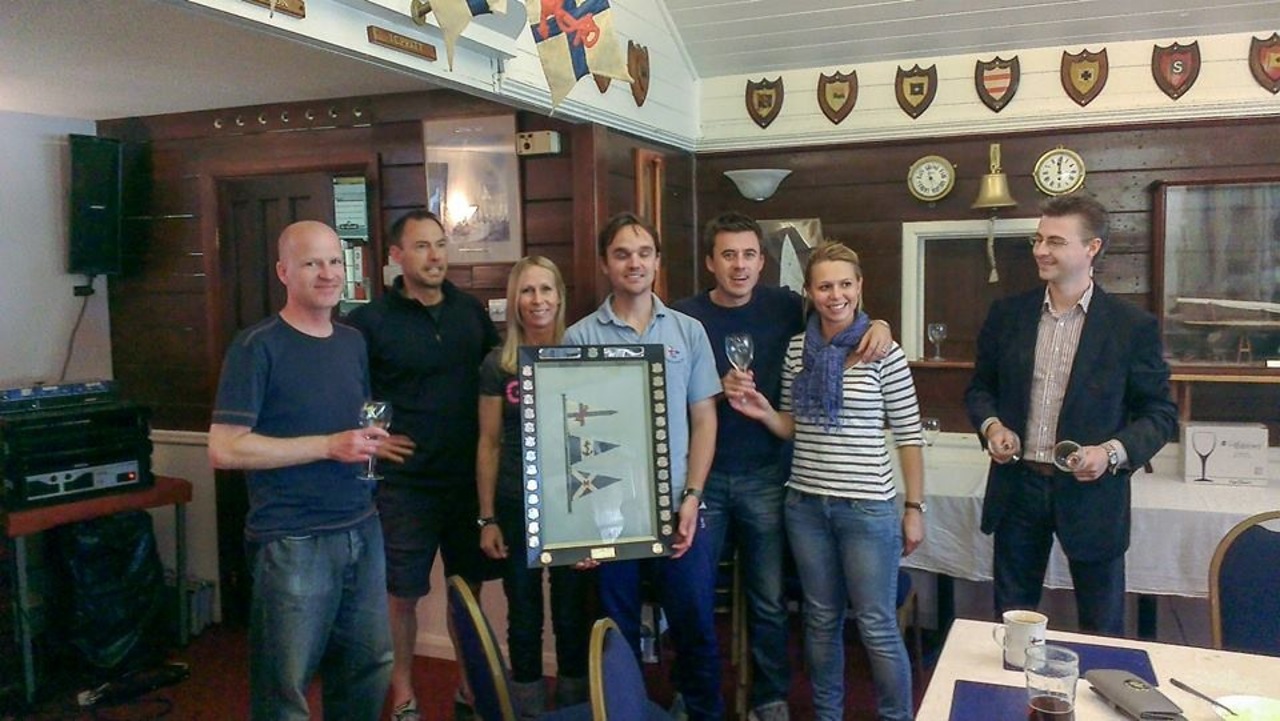