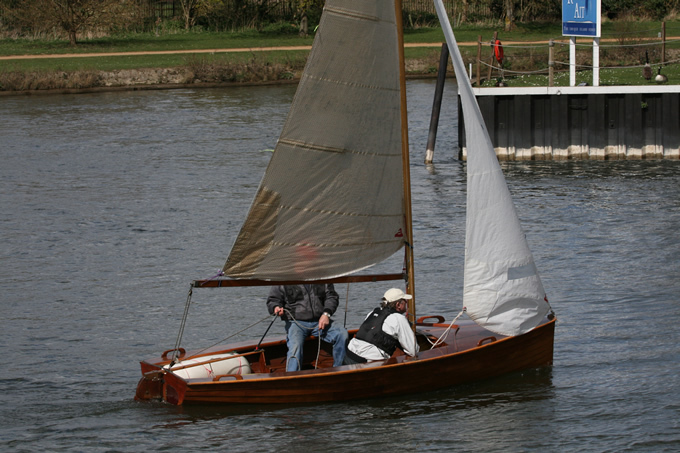 Sunday morning 23rd March. Cold, Cloudy and a bit dim, the lower hard had a few tumbleweeds flying about, then surprise surprise 4 Merlins popped out their covers and prepared themselves for racing. The race officers set a dog leg course which was seen as a little controversial whilst Brian did some ferrying about with the B mark that kept drifting off because of the stream, but a couple of extra weights soon fixed it.

Congratulations to Chris M and Saul for being the first boat on the water. The wind was picking up and the race was started. Nick Hoskins shot off and lapped the fleet whilst everyone else got stuck on the Surrey bank in a seemingly ‘black hole’. However Chris and Saul fought valiantly back and and chased Nick and Matt down creating some fantastic tight racing to the line…it was nose to nose but Chris took it by a nostril…

The next race was the big one…The Fitting Out Trophy Event’. This was back to back with the first race. The same course was retained and the clouds began to bruise. A stiff breeze followed, the hooter was sounded and the fleet of 5 were racing. Stephan and Nicki like a bullet from a gun, shot off the line, catching some great lifts up to the ‘A’ mark and that set the pace for the rest of the race. There were some robust gusts and shimmers of sunlight as Stephan and Nicki raced over the line to glory. Well Done. Trophies were presented at the welcome lunch and congratulatory pints drank.

All can rest assured that the wind, and lack of significant stream made for great sailing …so see you all out on the water on sunday! 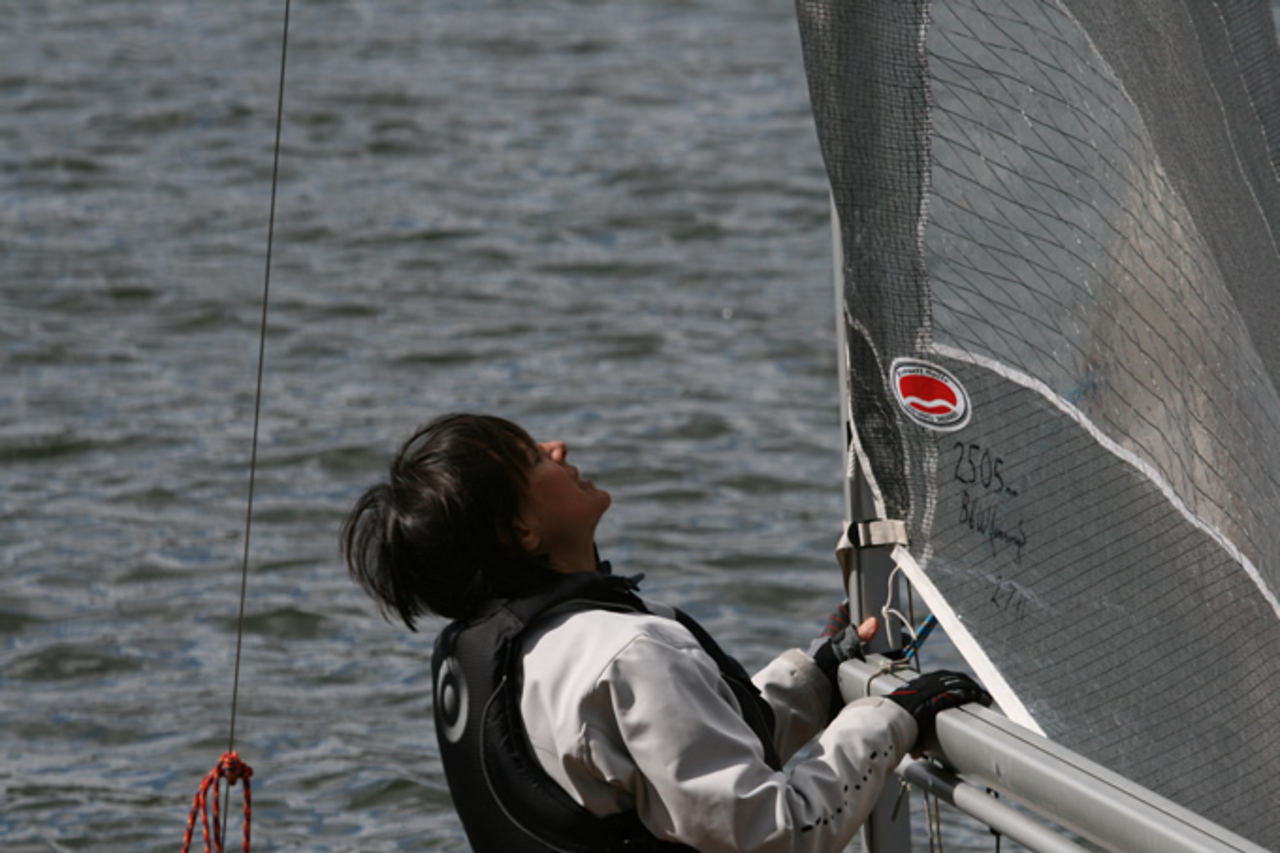 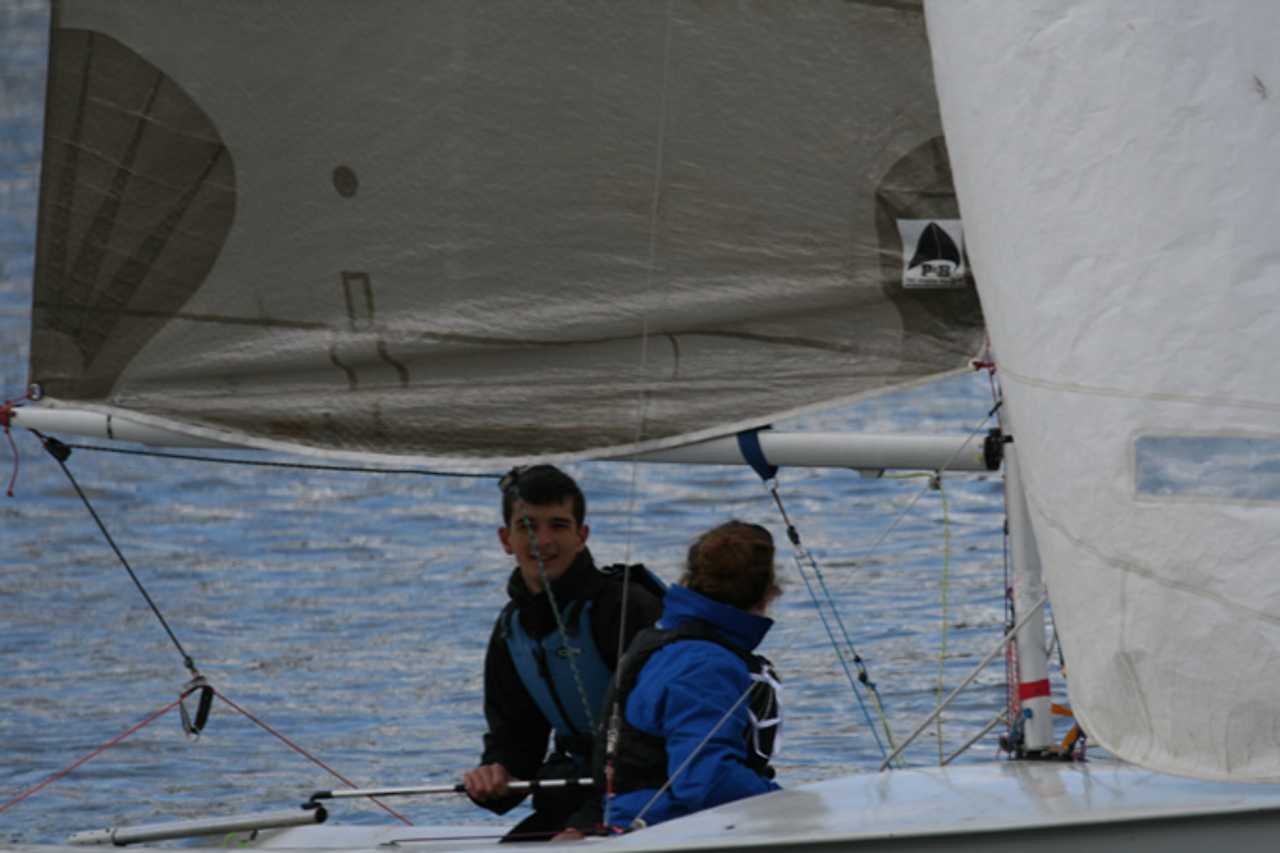 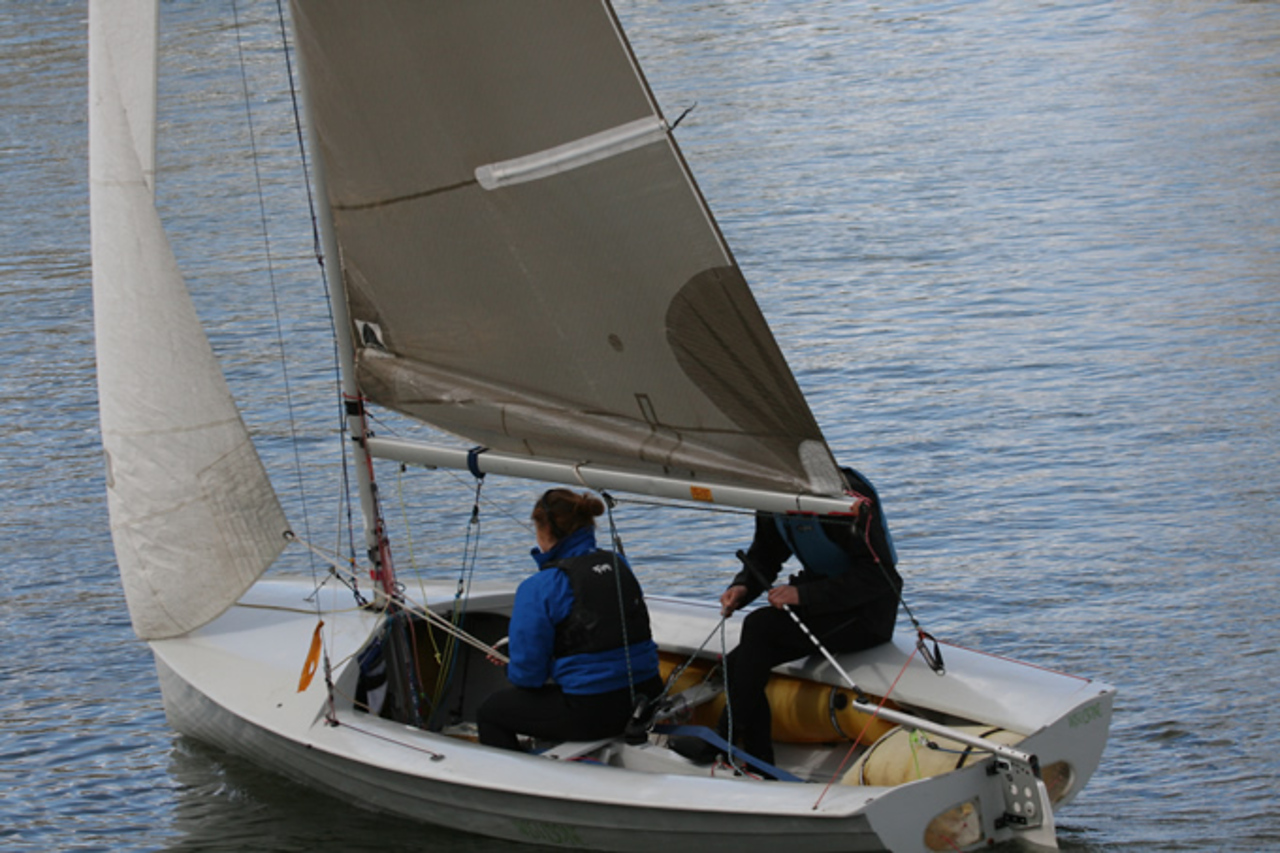 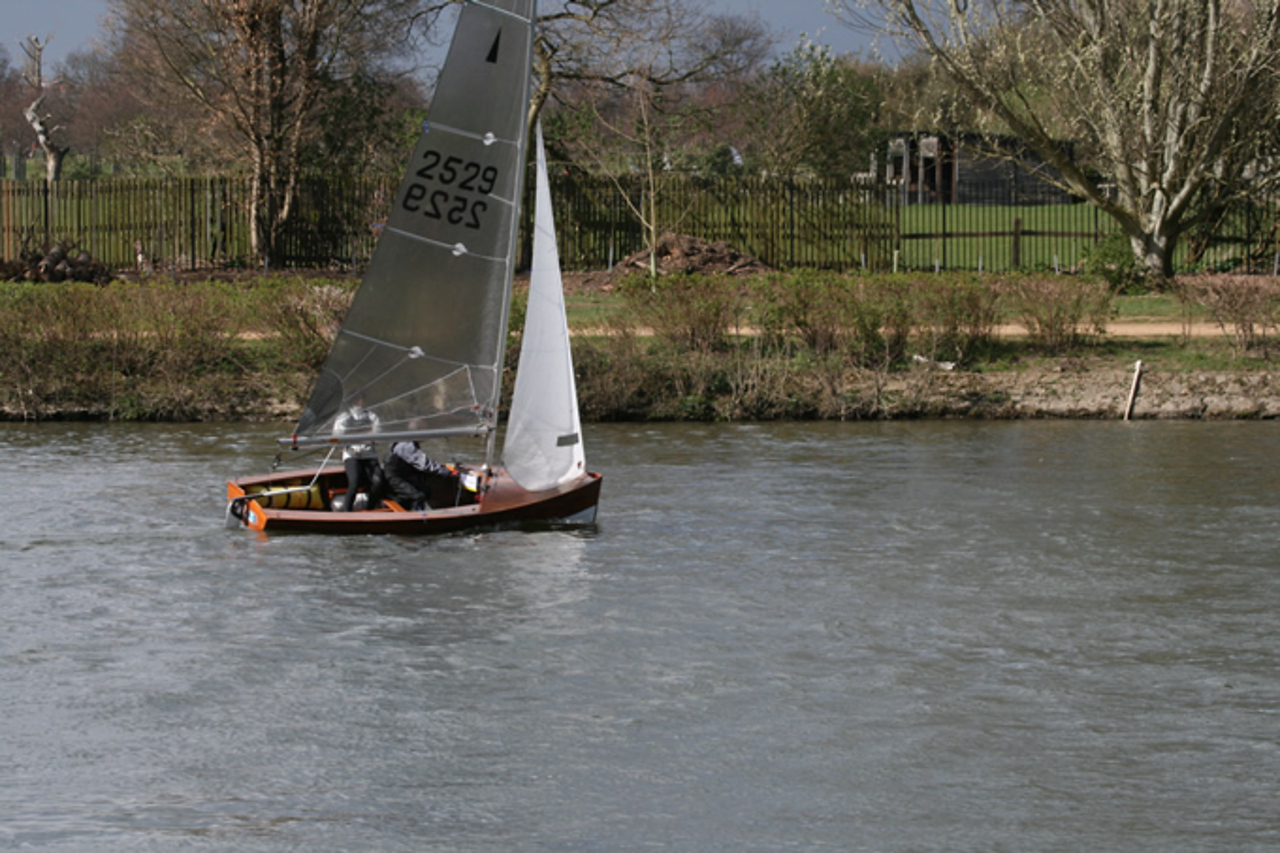 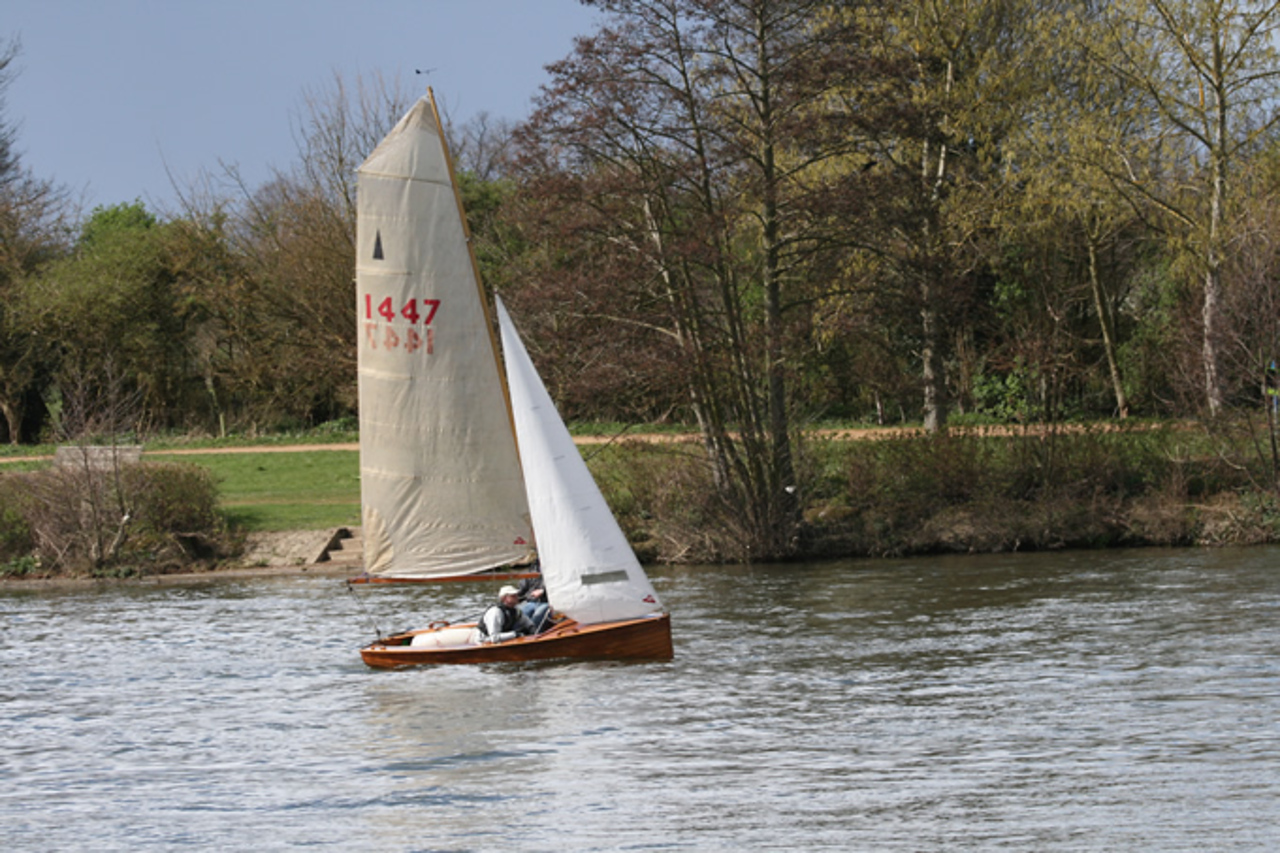 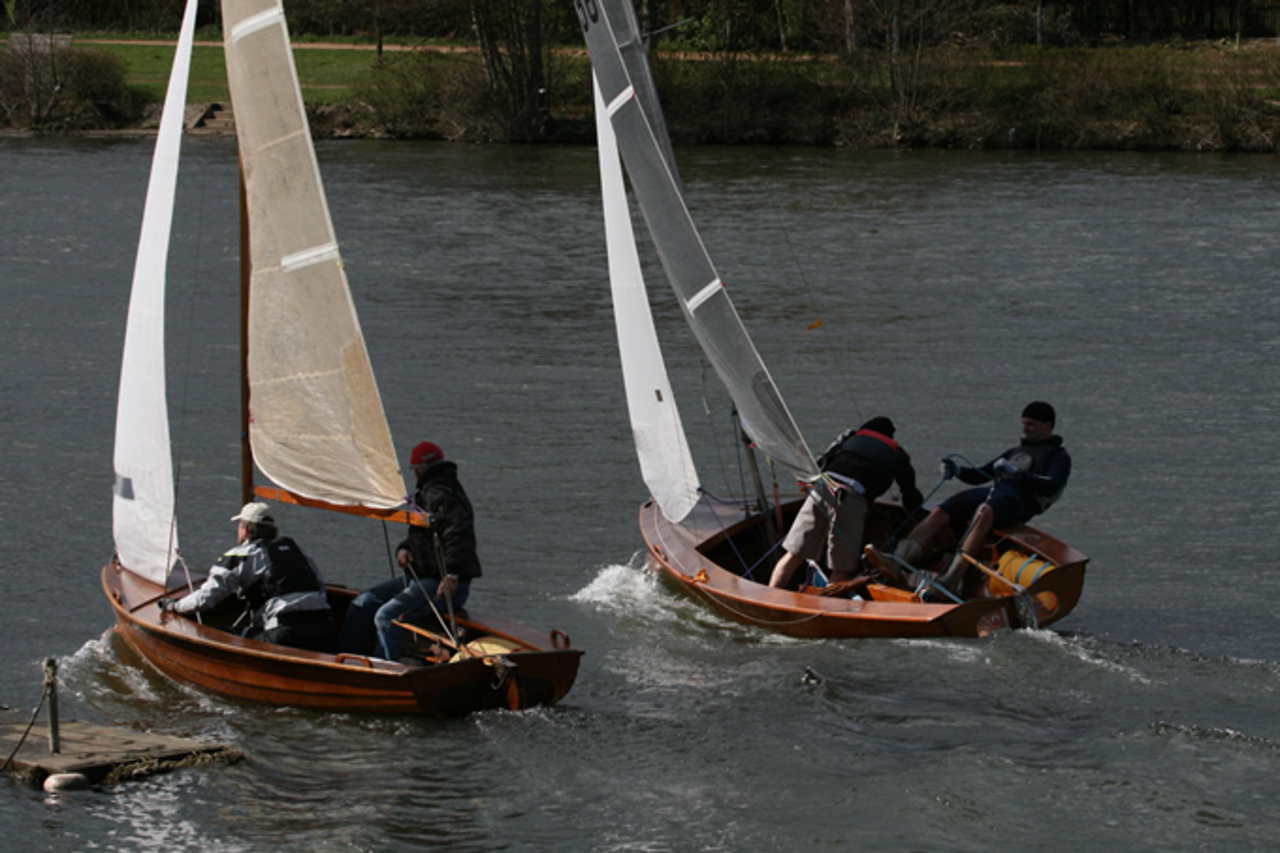 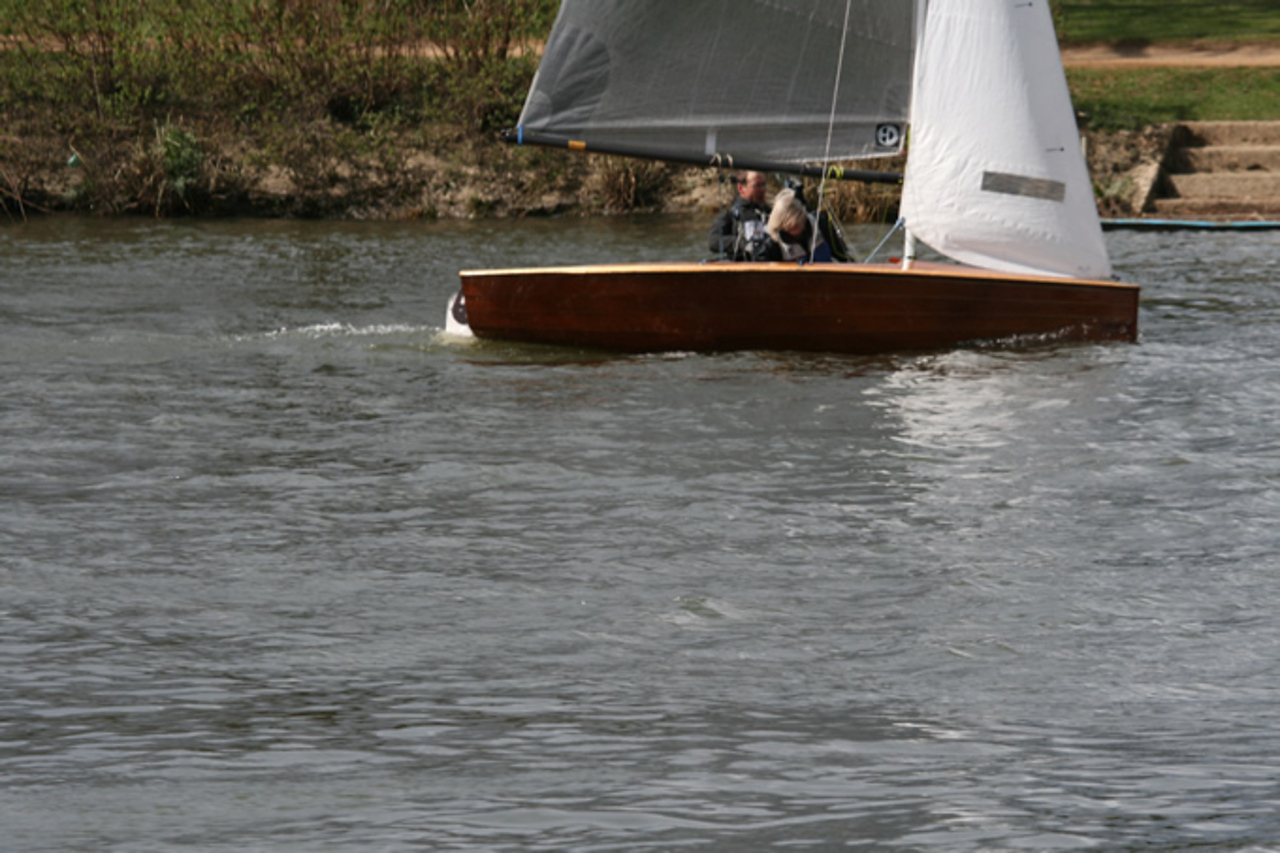