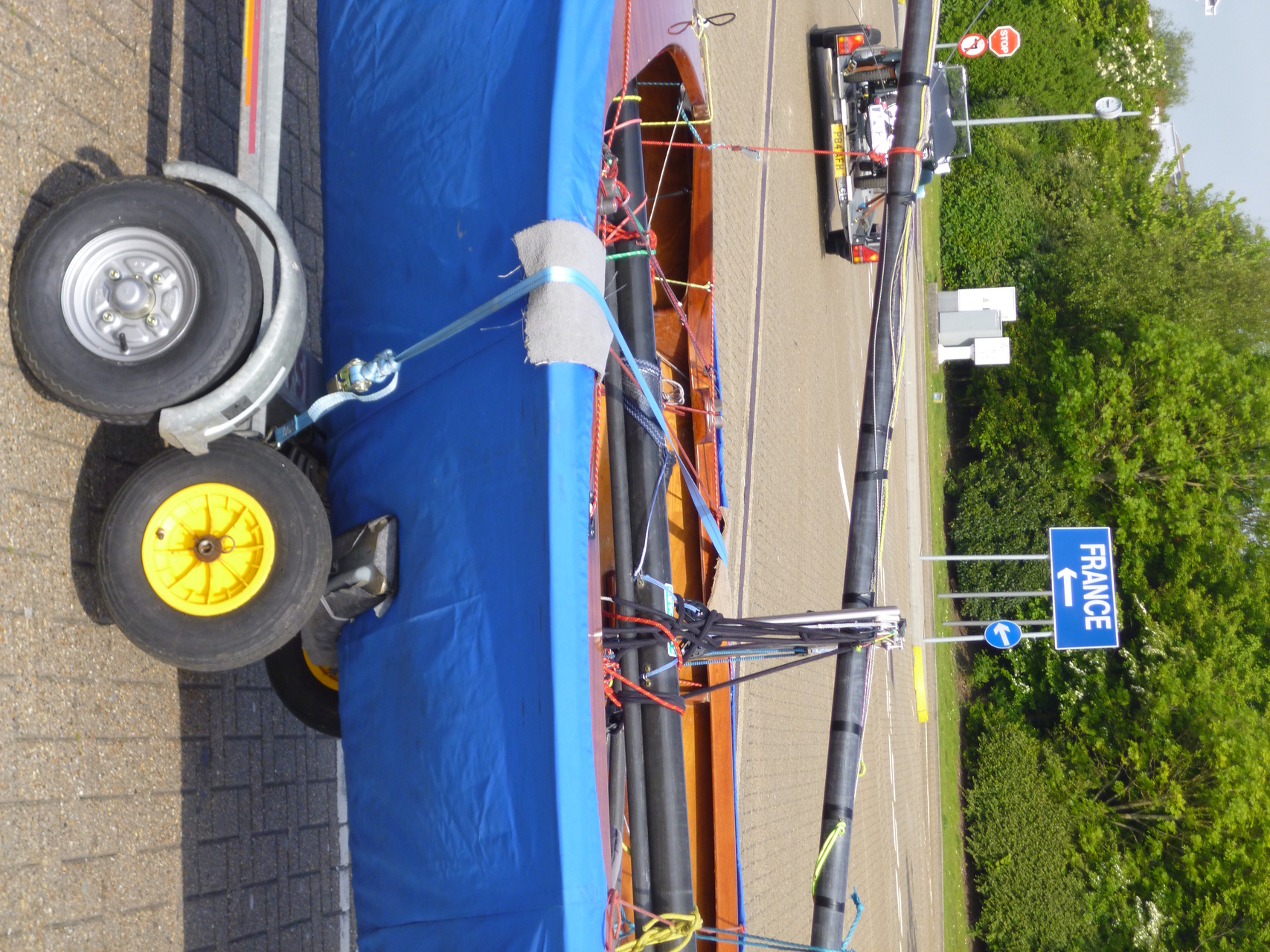 The first question on most peoples lips will be, ‘What on earth were 6 Merlins doing racing on the River Seine on the outskirts of Paris June as guests of the Yacht Club I’lle de France?

The story starts some 10 months earlier when YCIF’s Loic Eonnet made contact through Thames SC’s FaceBook page who Melanie Hardman manages for TSC. Loic had found out about TSC through their Anti-Filter Bed Development Campaign that some readers may remember from the MROA Website Forum. Melanie and Loic started conversing and it transpired that not only did Loic own a Merlin Rocket (‘Juliette’ MR 3228) but there were many other similarities between Thames SC and YCIF.

Both are very old established river racing clubs located in the outer Western suburbs of our respective capital cities – Thames SC in Surbiton, YCIF in Les Mureaux some 20 miles North West of the centre of Paris.

YCIF was originally established in 1902, as the ‘Club Nautique de Chatou’ and following the 1st World War it was decided that the Club relocate to its current position on the Seine at Le Mureaux. This was much further out from the original Chatou location but offered a significant increase in sailing water. Armand Esders, a wealthy member, bought 4 acres of land on the Southern bank and financed the entire operation including the building of a grand two-storey club house, sizable boat shed and log cabins for competitors to rent.  Membership grew rapidly aided by the fact that at the costal sailing was a distant dream for many. Deauville was the nearest venue for the aspiring Parisian racer & that was the best part of a day’s worth of travelling, ruling out regular weekend expeditions. In strikingly similar considerations to today, most Parisians could day race on the Seine at Le Mureaux – a venue used by the Olympics in 1920 & 1924 – and be home, ready for the next working week, on Sunday night.

In 1939 the Club changed its name to ‘Yacht Club I’lle de France’ (www.ycif.net) in recognition of a booming membership and large one-design fleet racing. But it was not to last. The Luftwaffe confused the boat shed with aircraft hangers at the nearby airfield and bombed the site, destroying the fleet. No sooner had YCIF rebuilt everything by 1944 than the Americans made the same mistake, this time destroying 102 boats. Recovery was swift in the post war sailing boom but tempered by the competition from costal venues which, courtesy of post-war road reconstruction, were now accessible from Paris in 2 hours. No matter – it gives you an idea of the size of this particular river venue when you understand that one of the biggest classes at the YCIF is the Star keelboat!

And so it was that a visit of Thames SC was tentatively organised by Mel & Loic. Interest soon spread to the Thames Rater fleet and the six Merlins were soon joined by four Raters. There was an eve of ‘Grand depart’ scare however! Northern France had been enduring a spring every bit as wet as the UK’s and the Seine had overflowed its banks over the concrete jetty, covering it in mud and concealing raised mooring cleats just below the water’s surface. YCIF decided to cancel the racing on Saturday but for the Thames SC party it was too late to alter course!

The boats were single & double trailered – in one case a Merlin on its trolley was lashed to the deck of a Rater and towed ‘piggy-back’ will no ill effects to either craft. With boats travelling over on the Friday by ferry & ‘Chunnel’, all hope of a convoy was soon forgotten. Under a clear blue sky the straggle of competitors turned West at Calais & headed along the coast before diving South to the Western suburbs of Paris via Amiens – all hassle free and at the club in less than 3 hours. On arriving we were greeted by YCIF members and were immediately amazed at the size of the Seine which even had container barge traffic segregated (Salcombe style) by a marked fairway. It was for many of us the largest river venue most had sailed on and put old Mother Thames in the shade in this regard.

On the Friday night our hosts took us into Paris back to their original club location on the Seine which still retains a sizeable classic boat building facility. We toured the workshop (see: www.sequana.org ) before enjoying a meal on the edge of the financial district and returning to our welcoming beds.

With the two scheduled races cancelled on the Saturday, many took the opportunity to catch the train up into Paris for some sightseeing aided by fine weather. The more determined visitors couldn’t resist the lure of the venue & decided to launch for some practice sails. They were soon joined by YCIF members and a good afternoon’s sailing (although non-competitive) was had by all.

That evening YCIF hosted a grand buffet dinner in the boat shed with some 70 dinners. The wine & cheese flowed, rich sausage meat was strapped to wooden booms for slicing and Club pennants were exchanged in a spirit of Entete Cordial by YCIF’s president Jean-Pierre Lostis and Thames’s Vice Commodore, Ian Pratt.

Sunday saw the business end of the weekend with 4 Merlin races back to back. Due to the poor wind over stream ratio the races were short windward/leeward legs passing the clubhouse for the benefit of the sizeable crowd of spectators.  YCIF made full use of their race box and the French starting sequence was aided by Loic’s use of the Mega phone advising how many minutes to go in a French drawl.  The racing was tight & tactical with an Easterly breeze and lots of back eddies along the bank as the Merlin put on a show of fleet racing. Nick Hoskins finally triumphed, putting his years of river sailing nous to good use and claiming some rare International Merlin Silverware. The Raters raced up and down against some local boats in the background looking surprisingly at home at this venue. Stuart Gurney even turned up on some pre-historic motorbike and seemed to be enjoying the bon-amie. Following some beers on the lawn & prize-giving at 4.30pm, those competitors that left for home were back in Surbiton at 9.30pm. Others departed for short holidays around Northern France with a Merlin in tow.

So, apart from the novelty & the fun, what did we learn? Namely that there lies a first class River venue some 4 hours easy drive from London. The River’s width is close to that of the main Salcombe channel & could even be wider. The Club house is superb and there are literally acres of grassy space for rigging. Ample accommodation is nearby ranging from log cabins yard from the river bank to Hotels on the island across the river. If we ever need a one-off River venue to inject some novelty into the Thames Series (or even Silver Tiller), surely this is it!

The more immediate challenge for Thames SC is to reciprocate in 2014! 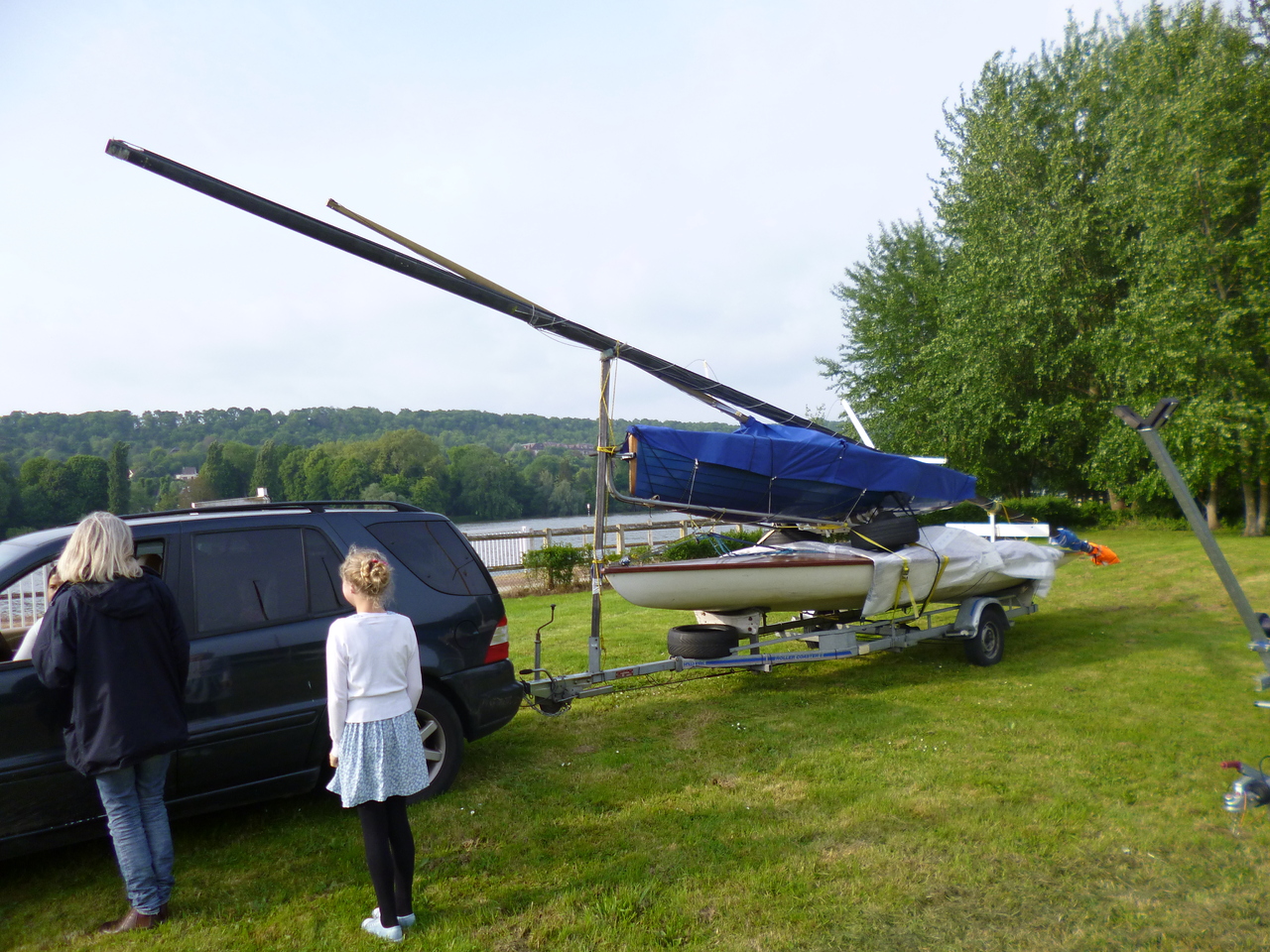 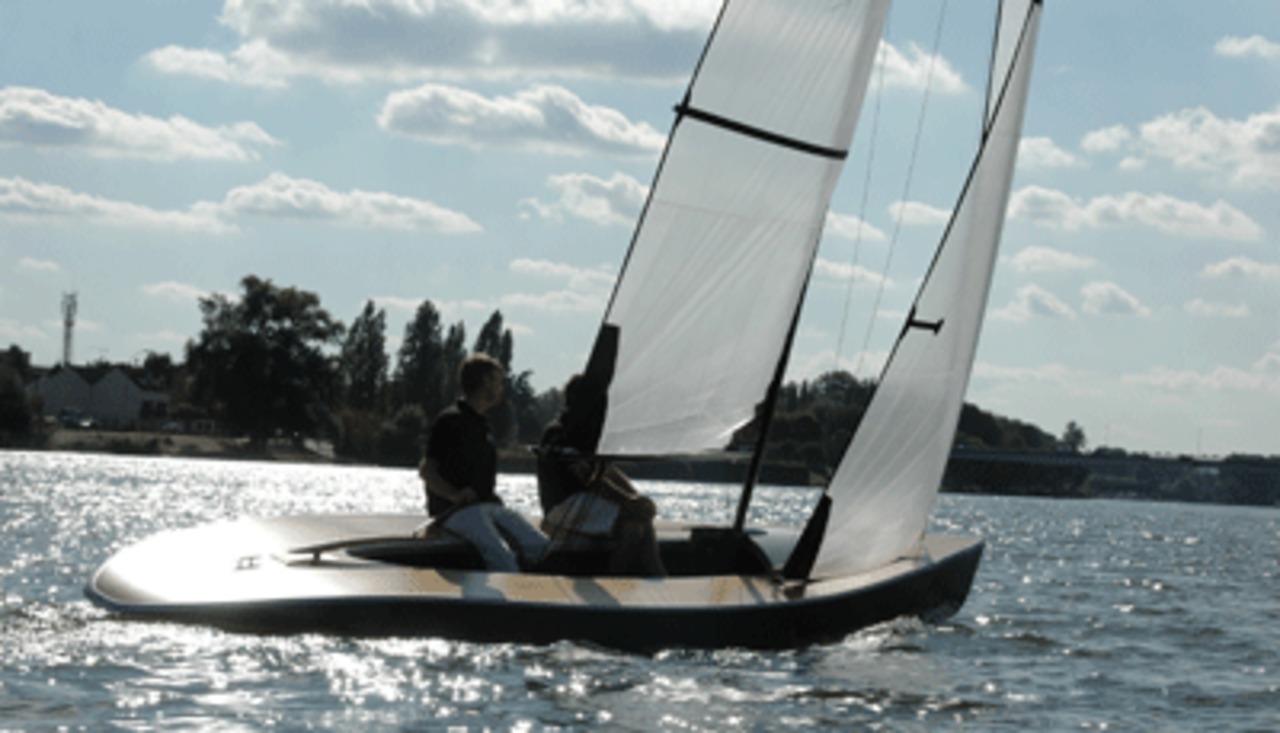 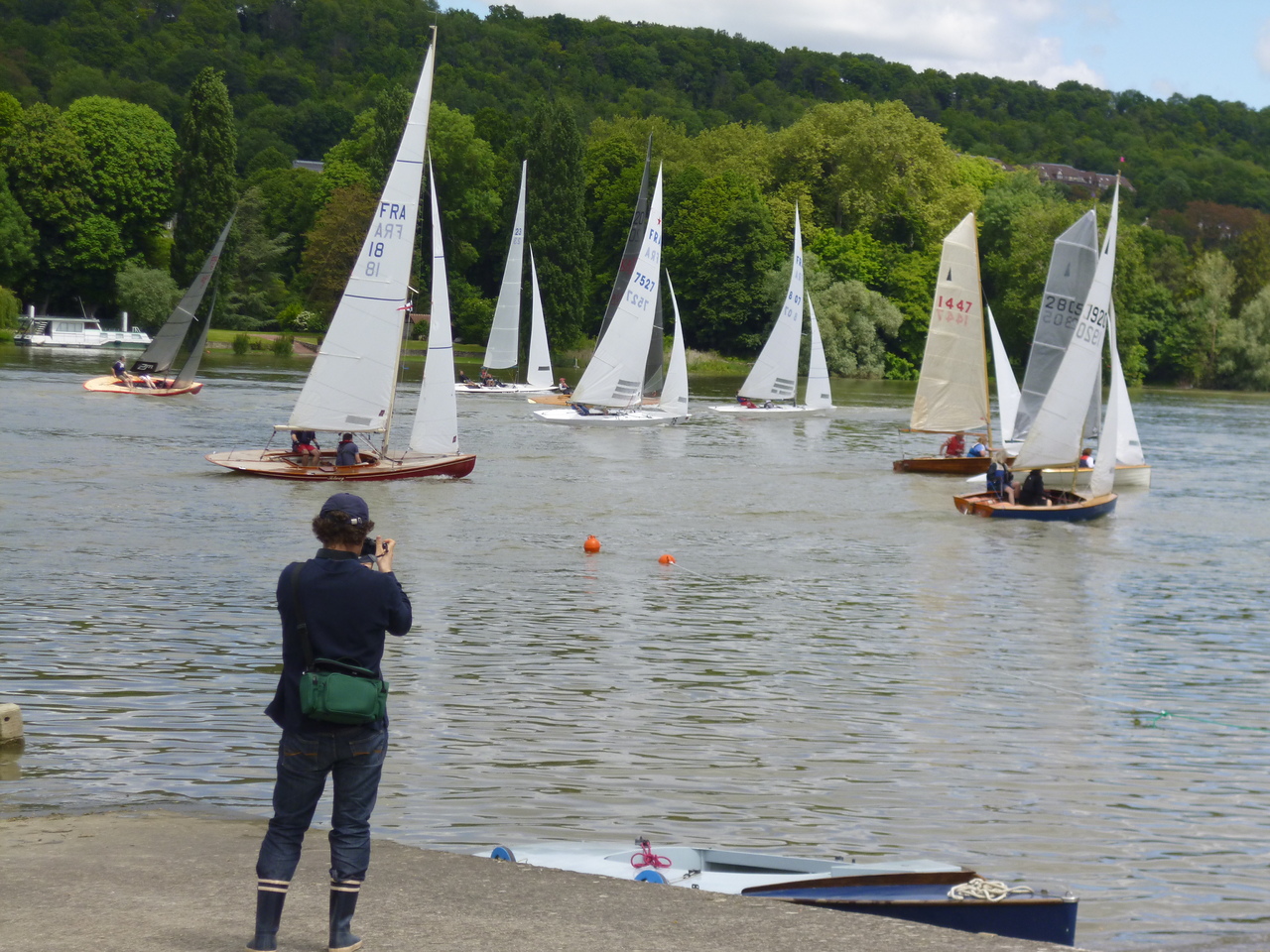 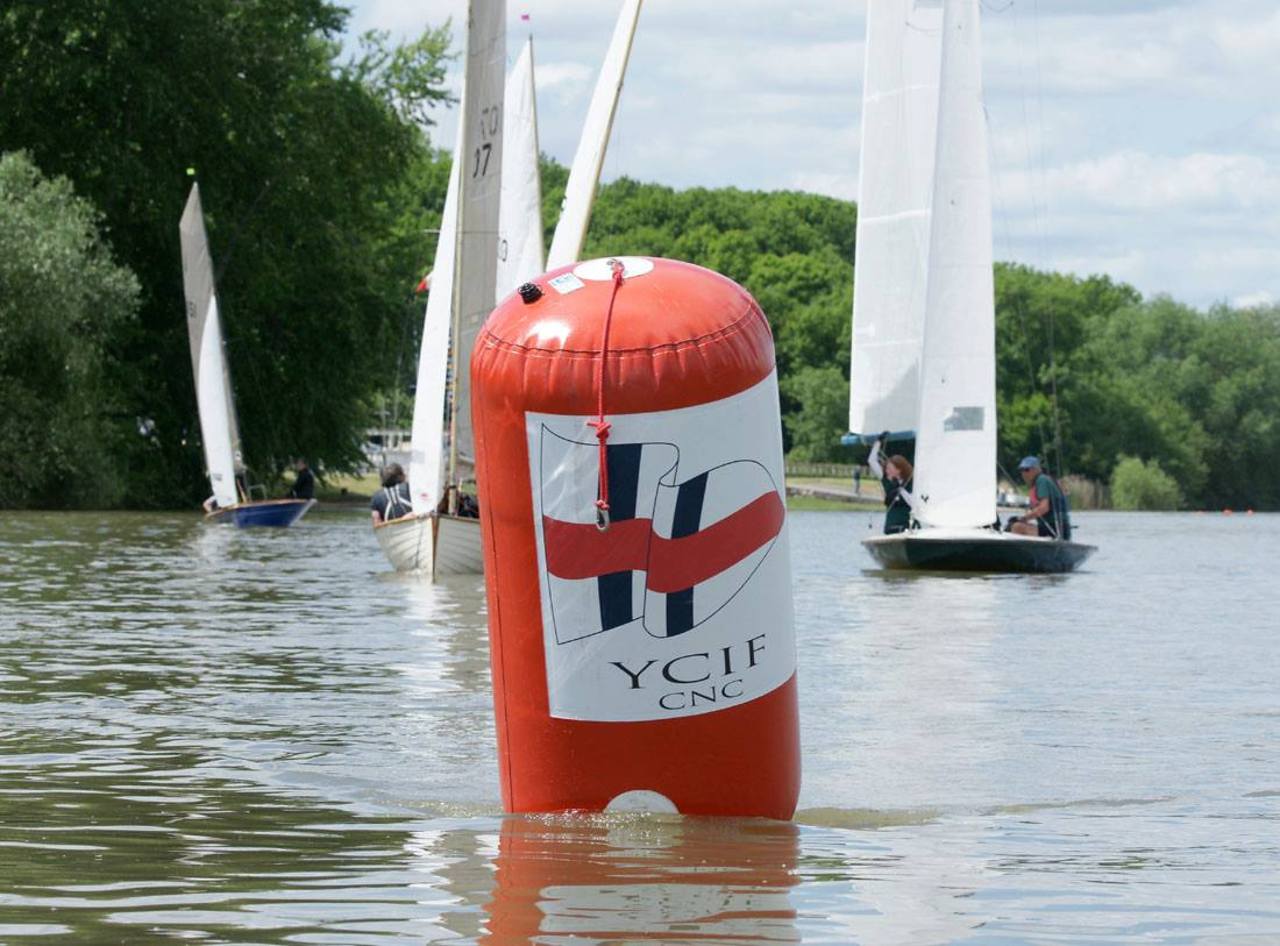 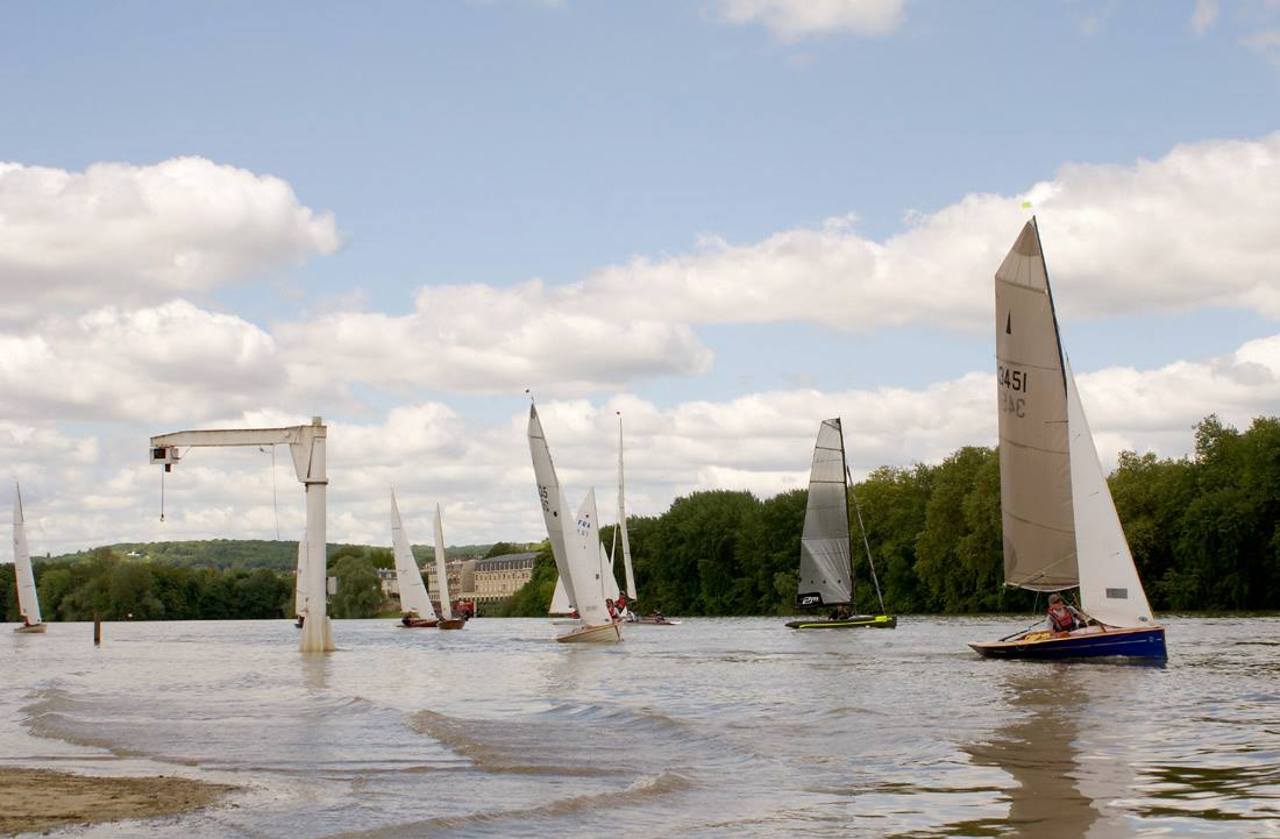 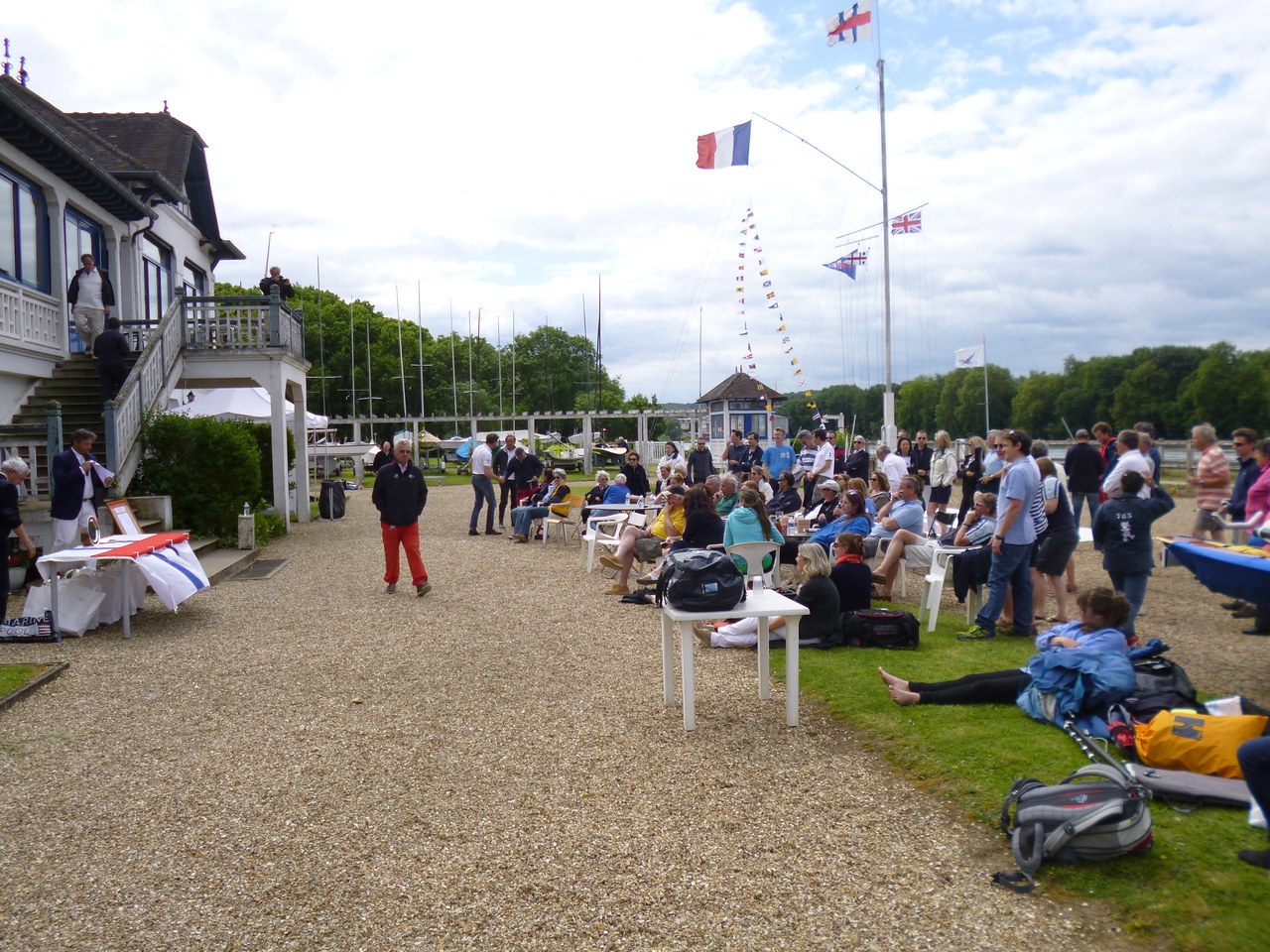 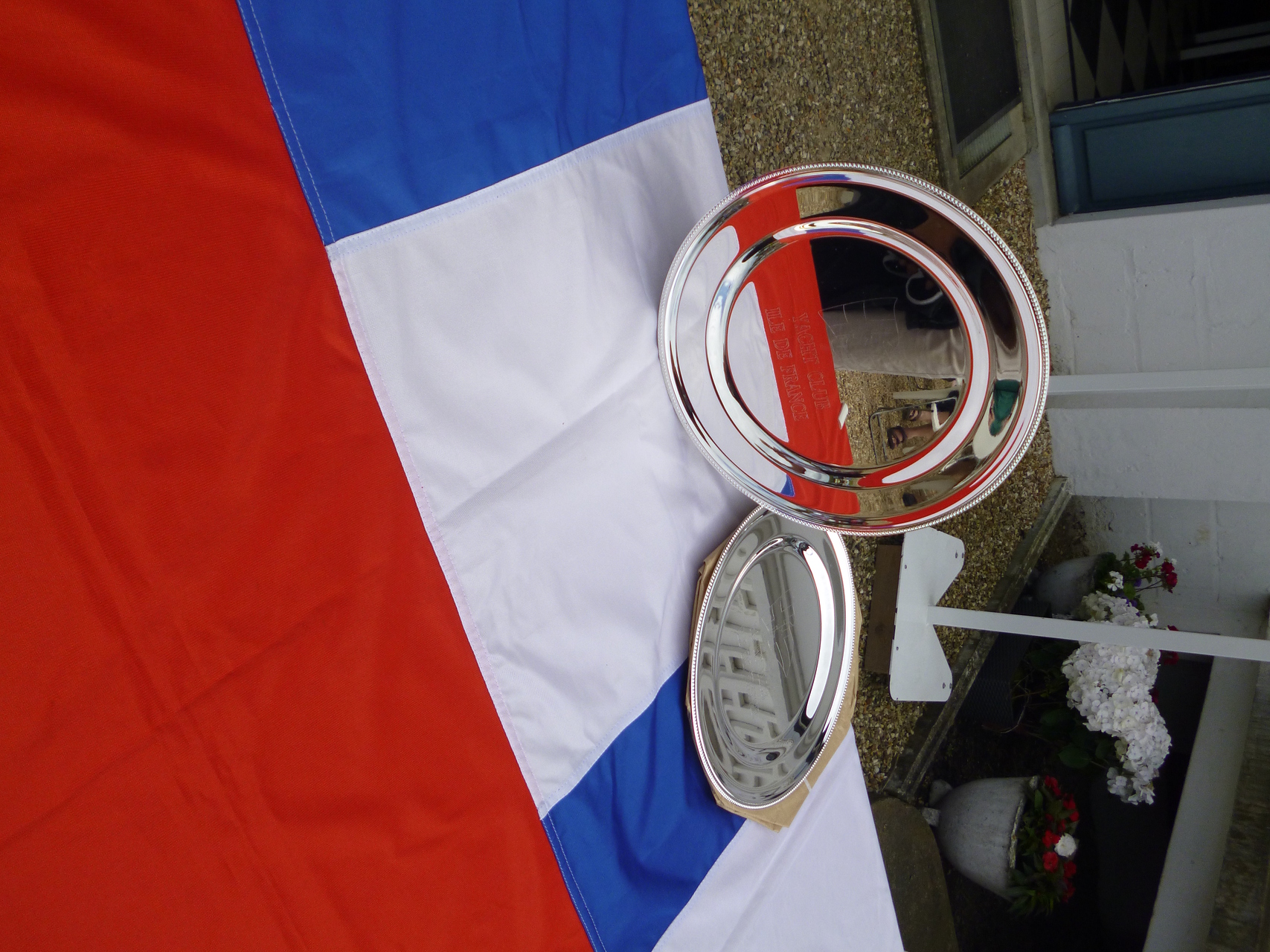 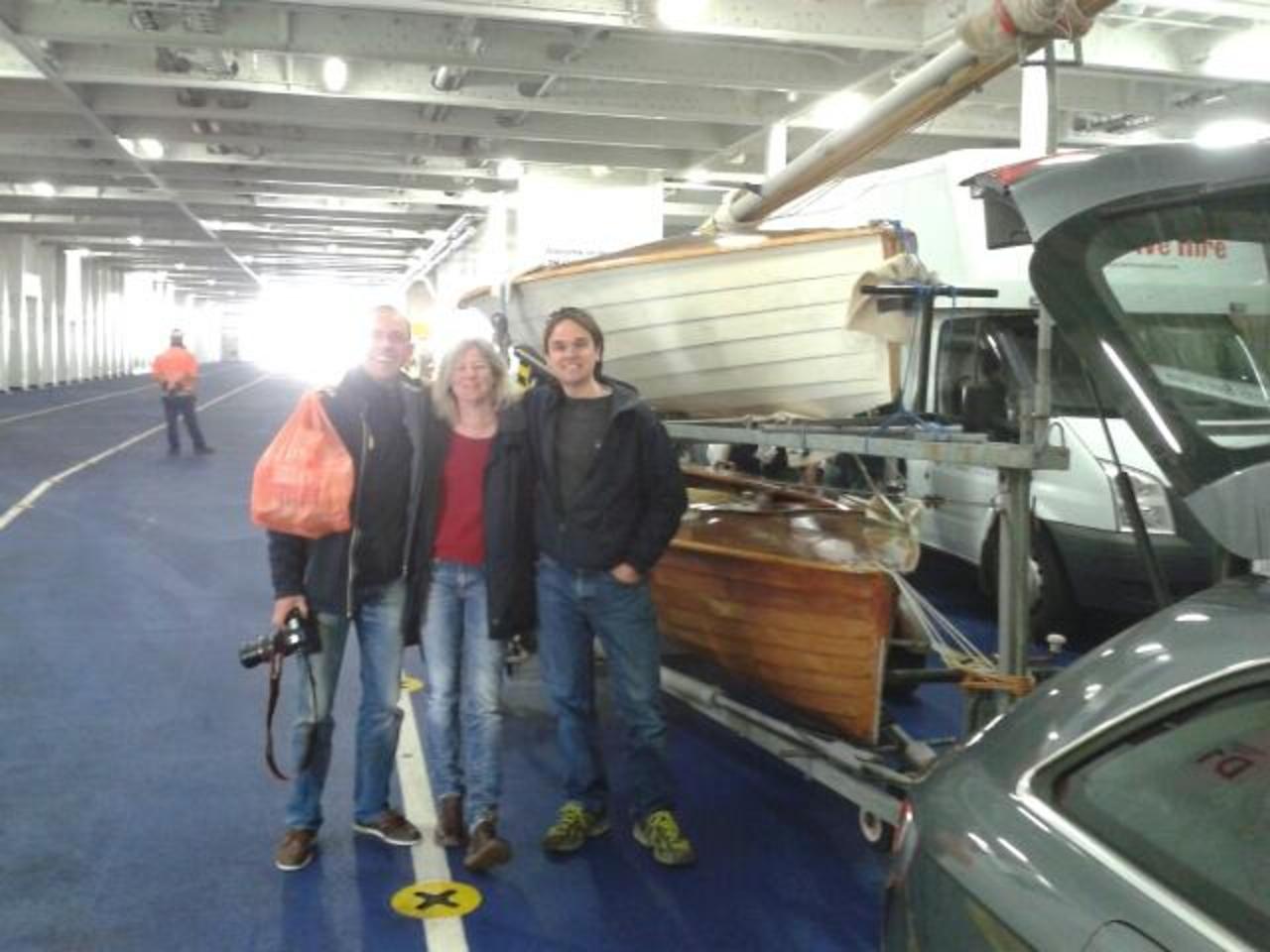 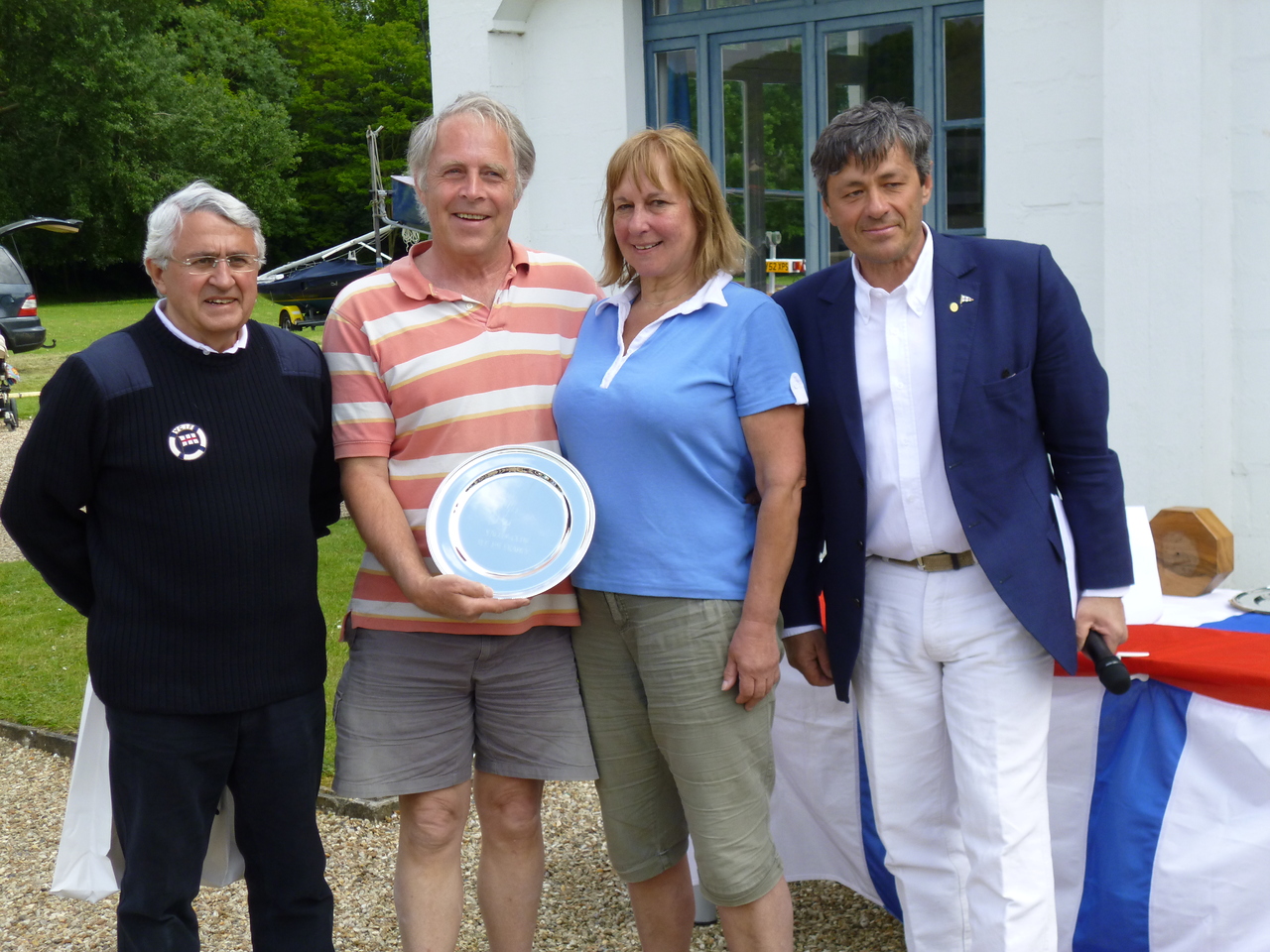 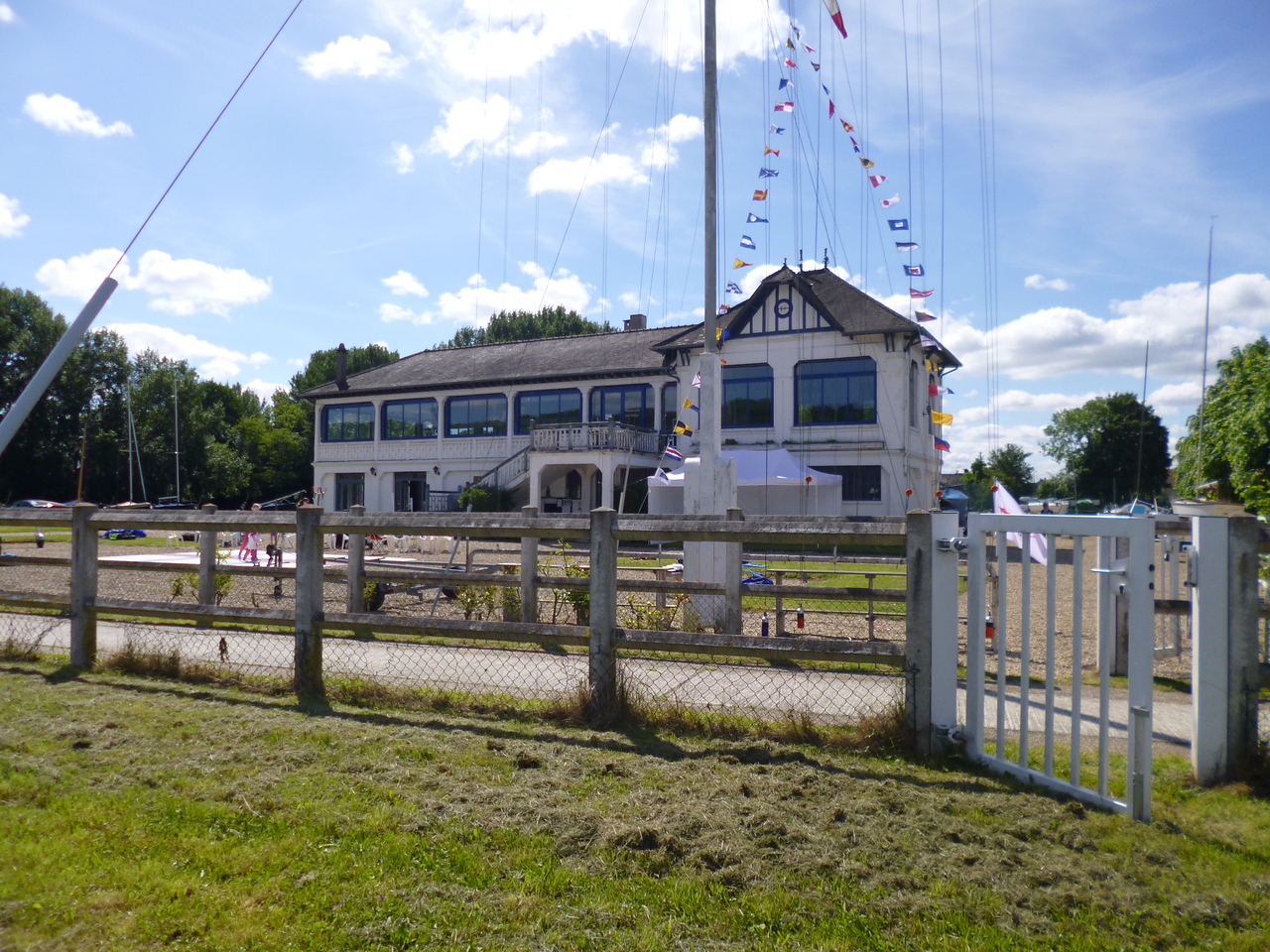 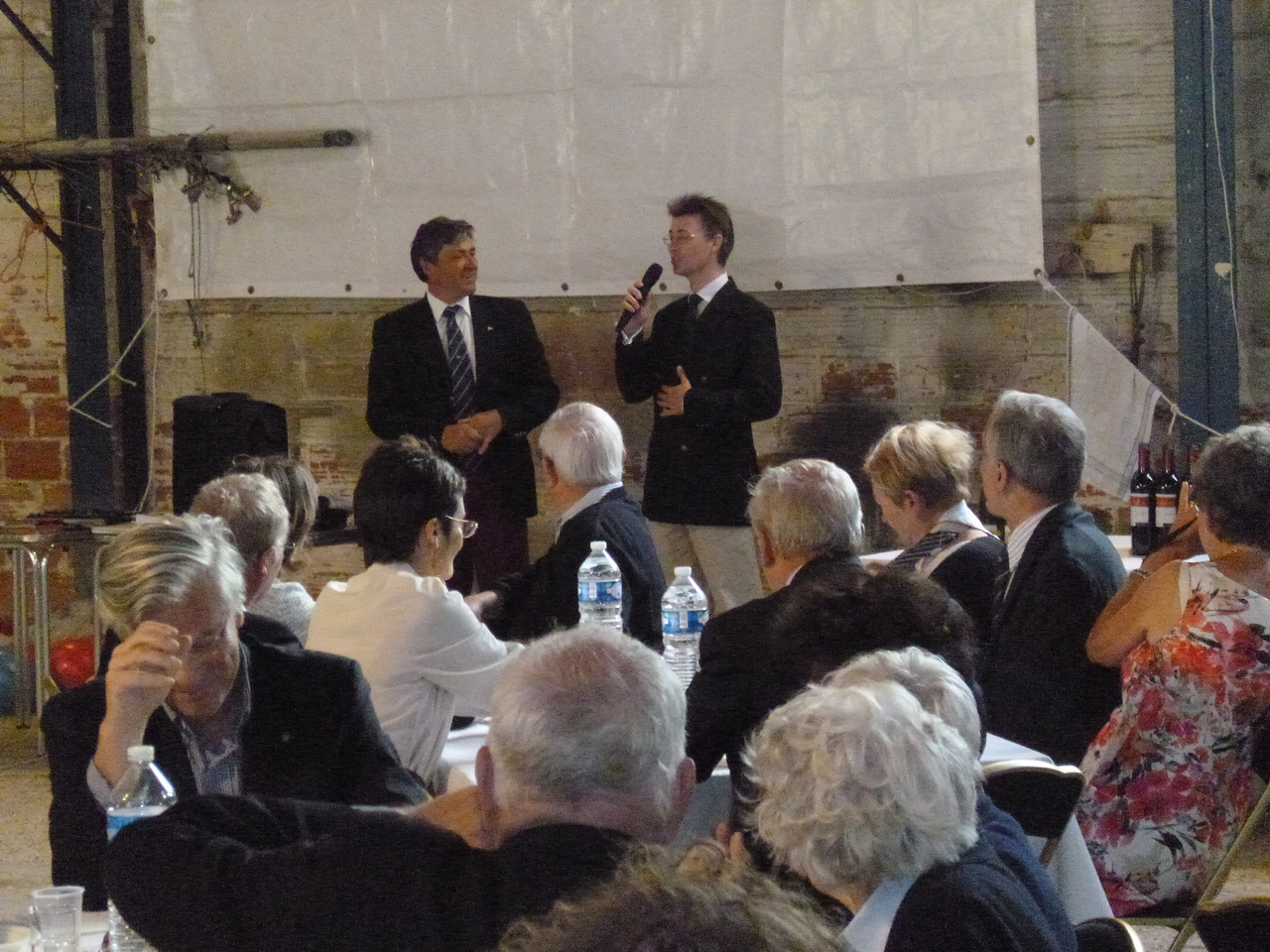 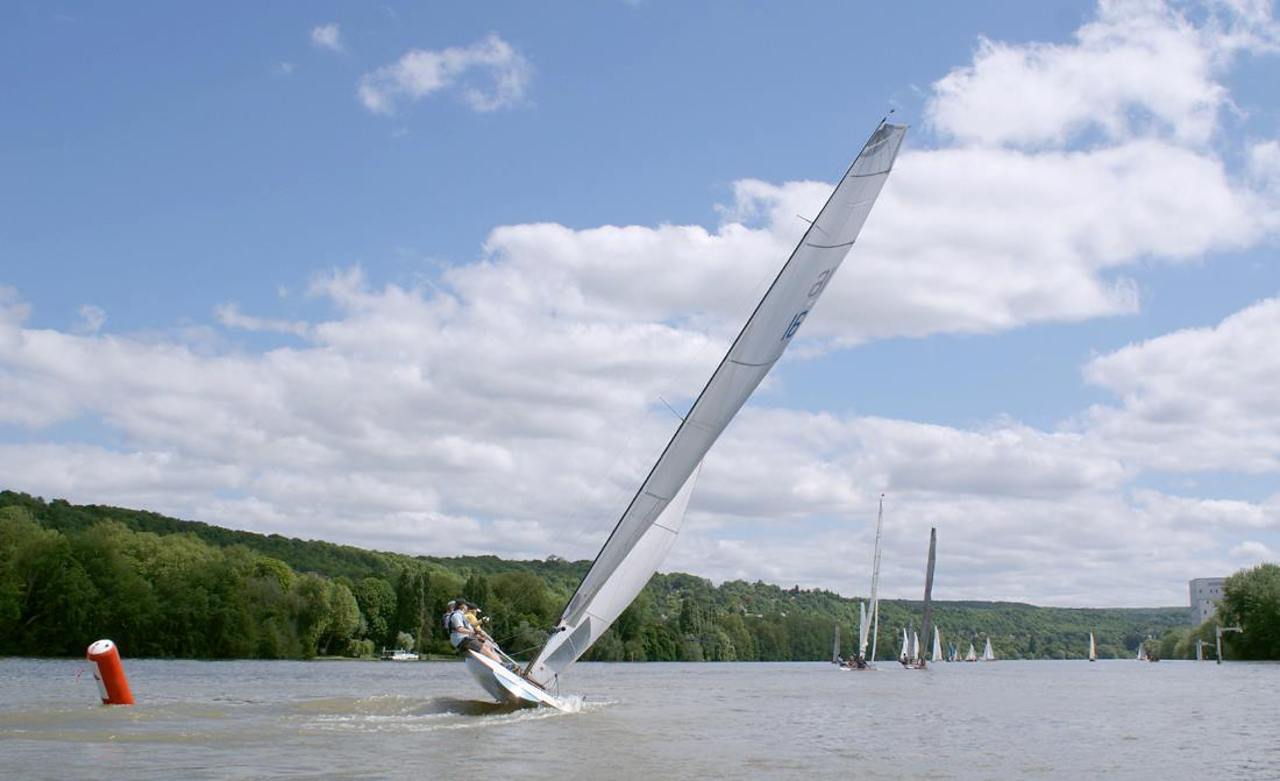 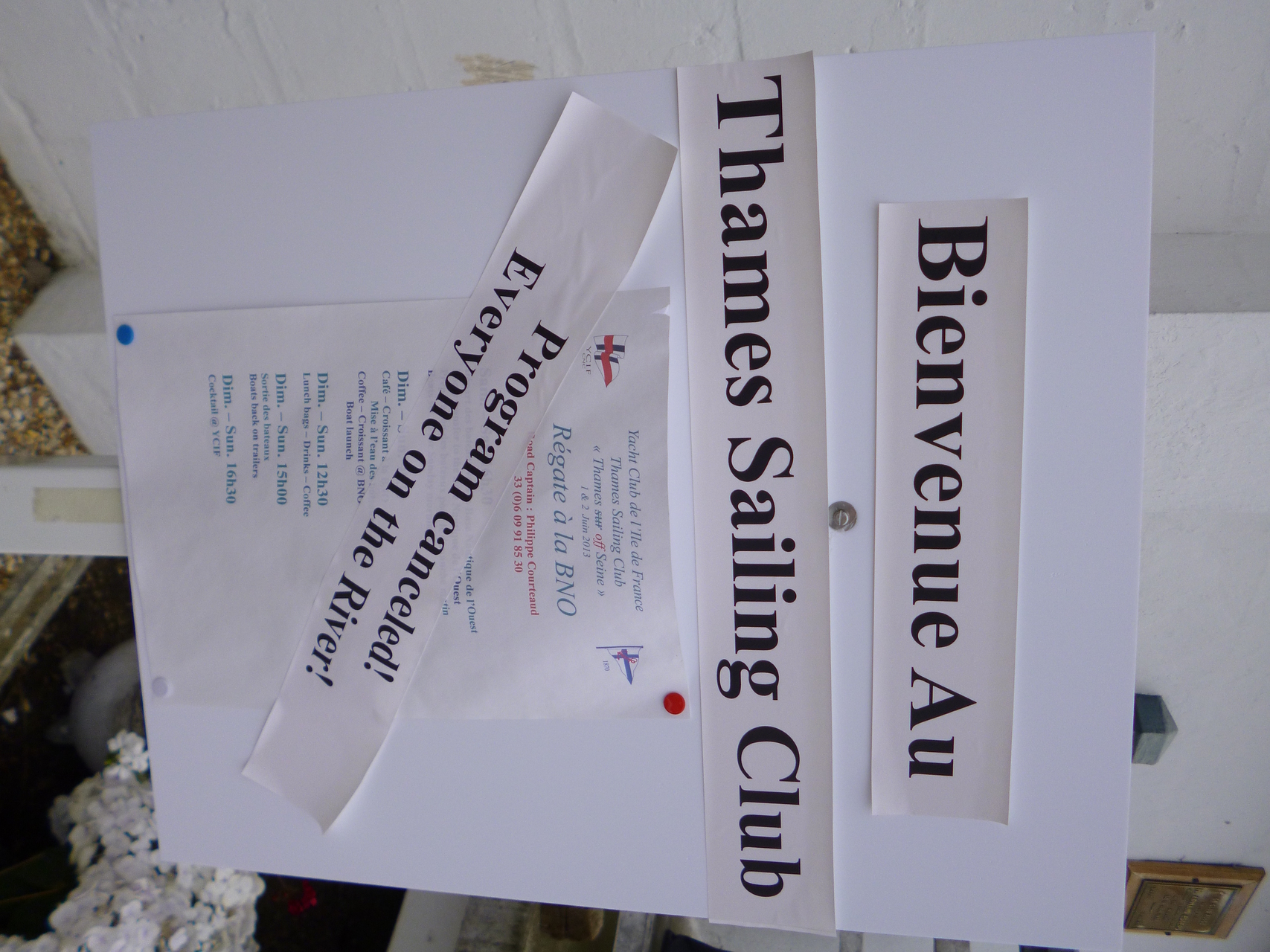