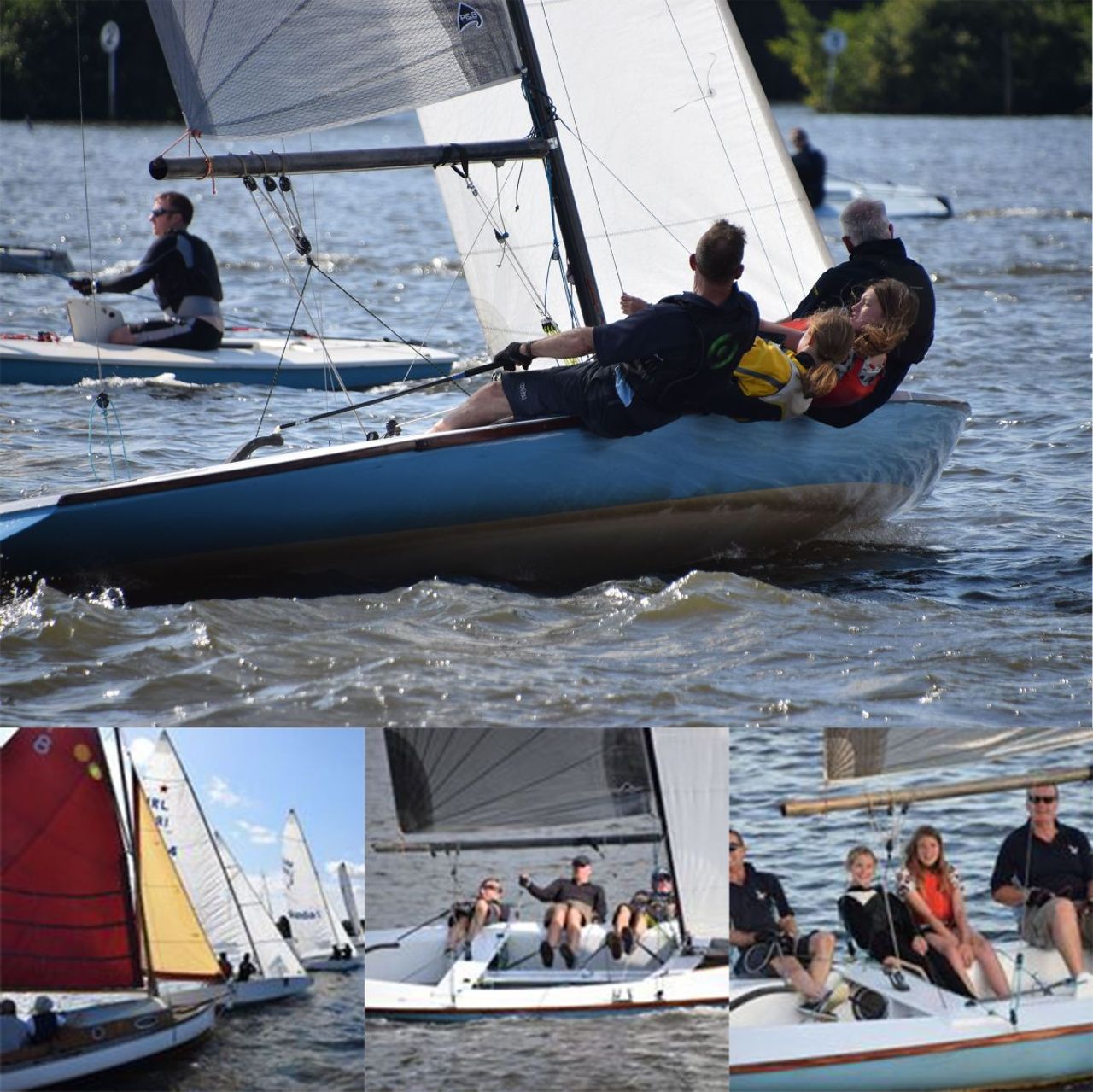 Osprey, Rater 16 (Paul, Justin and me), turned up to this event hosted by Norfolk Broads Y.C. which is based on Wroxham Broad in a truly beautiful setting. They accommodate all sorts of sailing dinghies, yachts, cruisers, one designs plus have substantial moorings for wet sailed boats and motor cruisers as well.

We had a great time as a lone Rater with occasional appearances from Bonito which is the sole locally based Rater and we started in Allcomers A fleet which included Stars, Yeomans and other keel boats. The first trick was to get our heads around the large number of possible courses and to junk 5,4,1 for a 10, 5 starting sequence. Also this changes to a straight 5 after a general recall. We made a mental note each time we messed up to re read the sailing instructions but somehow this never happened until the last race when we finally got it right. We gave all the other boats time on handicap so the time honoured ruse of following the knowledgeable boats at the start just wasn't an option. The acronym RTFM came to mind more than once.

We had great sailing in good breezes in relatively consistent winds which was a big departure given our conditions at TSC and took some adjustment but we managed quite well ably assisted by Julian Smith at the end of the week with his extensive open water sailing knowledge.

The locals made us very welcome and the club also had loads of social events going on plus food, drink etc available all day. Entry fee per race for us £1.60 and prize money was awarded to winners which I guess honours the old tradition when boats were raced primarily for money.

Also, loads for the kids to do. Lille and Elsie perfected the art of leaping into the broad from a moored boat, kayaking and generally messing around in and on the water and they had a ball.

P.S. James the new owner of Bonito was saying he didn't think he could keep Bonito owing to other sailing commitments (he sails Norfolk Punts) so it might be for sale. It would be great to see it back on the River Thames.