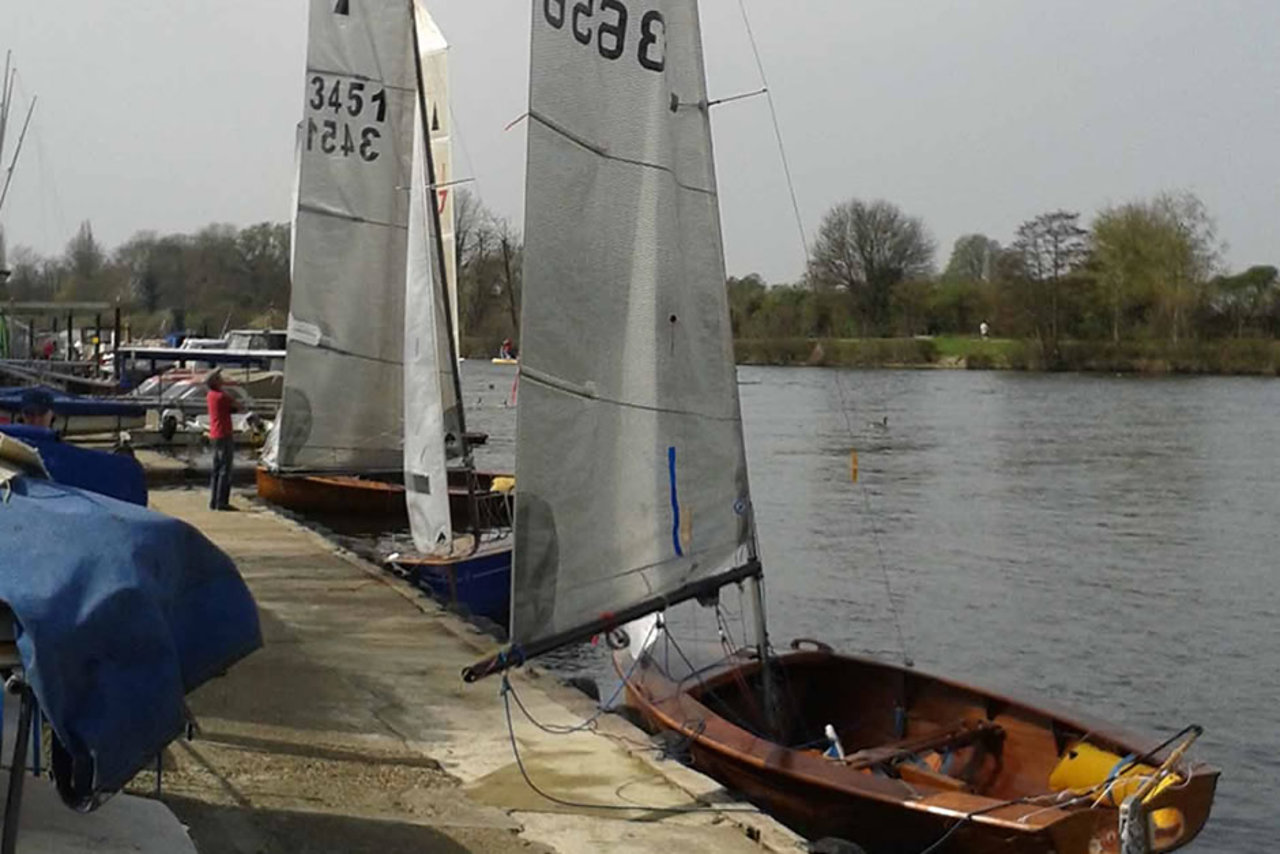 Well, 3 boats popped up for the mornings racing. Unfortunately I cannot say the same
for the wind!

At the start Scott and I got dragged off to Minima by the stream and had to be rescued and towed over the line… errr humm… I mean dropped off just before the line…. Whilst Chris Martin and Saul, Nick Hoskins and Stephan gently floated up
the surrey bank for about 5m before stopping. We decided that the race was abandoned due to lack of wind and retreated back to the club for coffees, impromptu boat tinkering and general chat.

Ben and Sel turned up and so did the wind, so off all four boats set off to start the second race. It was a short but fun course up and down in front of the club under the lazy eye of the customers at Haarts musing over their spatchcock chickens in the glorious sunshine.

Chris and Saul took a good lead and triumphed in first, well done.

The activity at the club continued into the afternoon with paint strippers, IPA and general fiddling.

I am please to say that Osprey was the first rater on the water having been released from the shed. We are looking forward to the others following her out.

‘Cor..its like waking a huge monster from a long sleep’ [Mel]

Thanks to race officers, safety boats and everyone else that helped out.

Just one last thing. Saturday was the SUP event, I am sure many of you would have
noticed the car park at Thames…it looked like a beach resort in California! It
was a great success in beautiful weather, shame the wind didn’t hold till
Sunday’s racing… 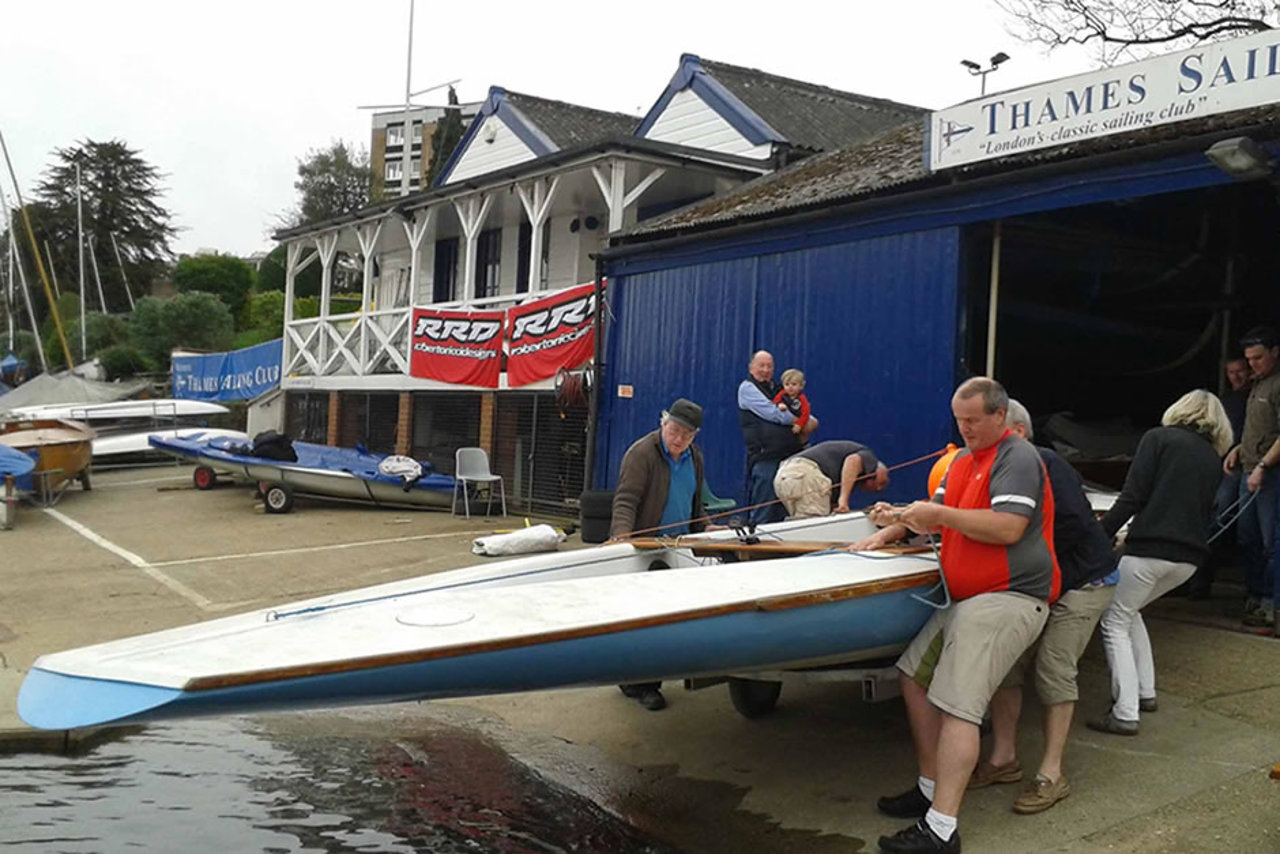 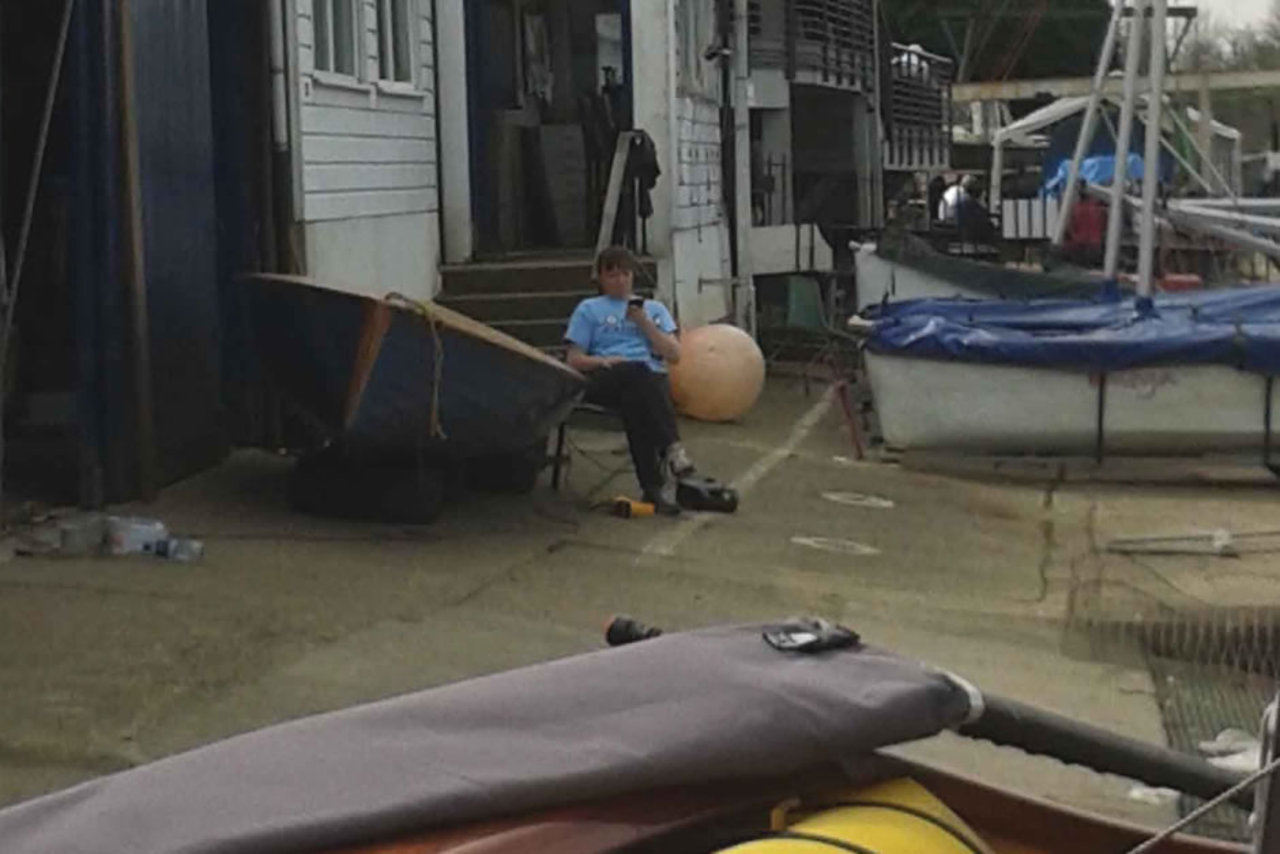