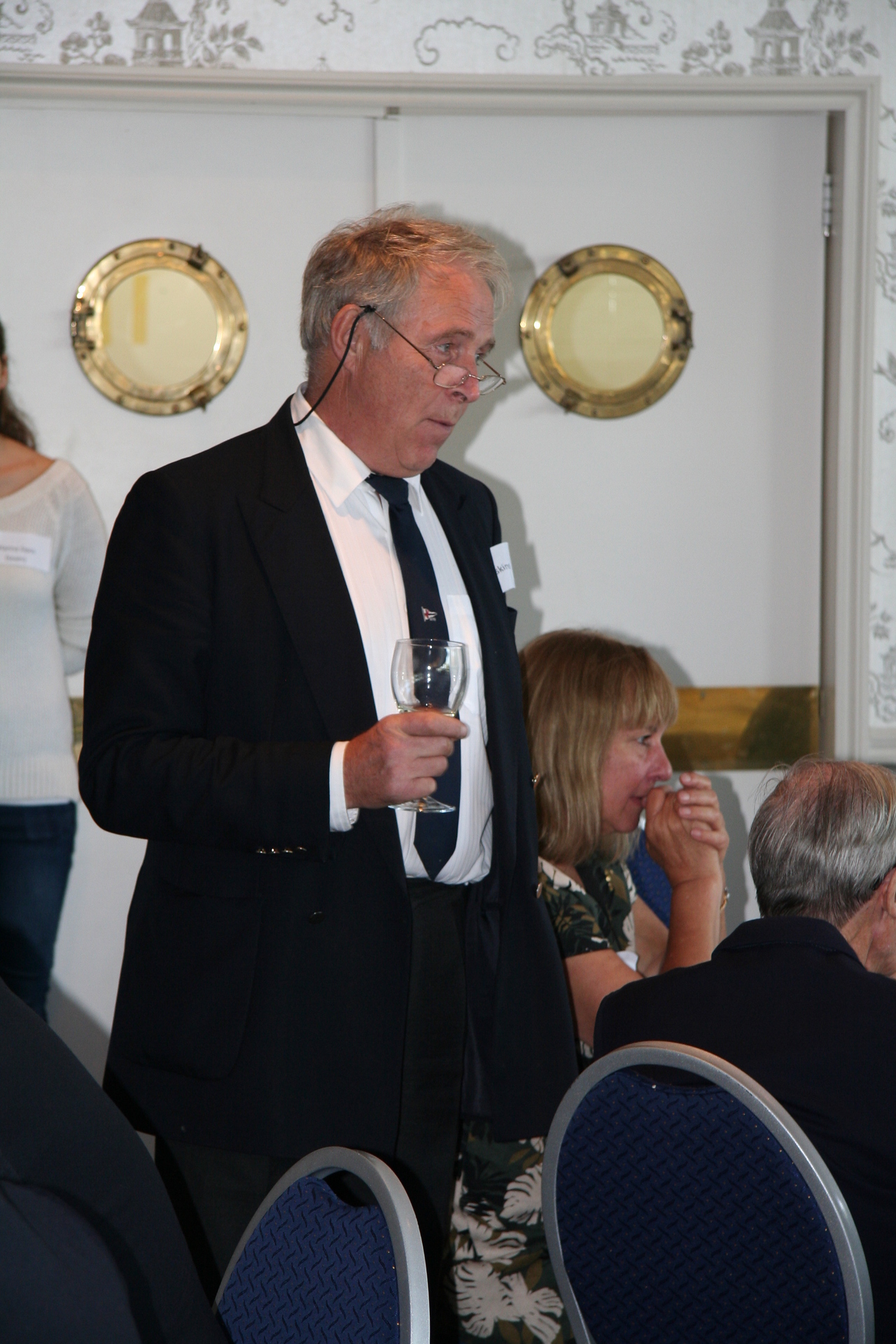 TSC
veterans had a knees up on Wed 23rd Oct which proved a great success.

To the amazement of organiser, Nick Hoskins the event attracted 72 guests
for lunch. Panic set in for Nick a week before the day when it was realised
that however one tried it would be impossible to have a reception for 72
followed by a sit down lunch in
the clubhouse. A call went out and the new owners of Ravens Ait very kindly
agreed that we may use their dining facilities and chef could use their
kitchens.
For Beryl Higgins it was definitely memory lane.
She joined in 1948 and left in 1957! Richard Winter was the longest serving
member in his own right, having joined as a self paying junior in 1953; 60
years! However, Tim and Bill Bale joined as family members in 1952 and
John and Alanda (Bentley) Whitehead
joined with their parents even earlier than that. Guests had come from far and
wide. One from Somerset, another from Leicester. Others from Lymington, Hayling
Island and Worthing as well as nearer to home. David Brunning seemed to
enjoy himself and was remarkably spritely for someone nearer to 100 than 90!

Guests started to arrive from 11.15 onwards and were met with a champagne style
cocktail. At 12.45 Ravens Ait laid on two
ferries and the whole group plus portable bar were carried to the island in 20
minutes. In true Thames tradition, Grace was said, on this occasion by
Commodore David Dixson. This was followed by a preselected 4 course meal which
all seemed to appreciate.

The first toast was to ‘the ladies’ and this was preceded by a brief
description of TSC’s visit to the Isle de France YC on the Seine earlier
this year. A fleet of 5 Merlin Rockets and 4 Raters and supporters
contributed to a great weekend. Later, David Dixson brought the assembled
company up to date with the new plans for the boatshed and changing rooms and
the fact that TSC had already been granted £50k from the Sport England Lottery
Fund.

The last guests were ferried off the island at 4.30 and the stalwarts stayed on
to ruminate the past, present and future in the TSC bar.

Many compliments were raised regarding the day and calls have already been made
requesting a repeat event in three years.

Thanks must go to TSC Chef George and his team for excellent food, to the three
Kingston University students and Annalea Haase Mickleson, all of  whom did
a good job as waiters, to Rear Commodore Adrian Mickleson who was supposed to
be a guest representing TSC but ended up being ‘official photographer’, to the
staff from the island who ferried both people, food, drink, kitchen-ware and
more. Thanks also to Linda Nandlal who did much of the work with the
flower table décor, name badges and place cards which included the guests’ menu
selection and much more and finally to David Dixson and Justin Dunn -
both present because they too had been members during 1980 or before - for
their much appreciated help on the day.

Please see the the Galley sections for more photos of the day. 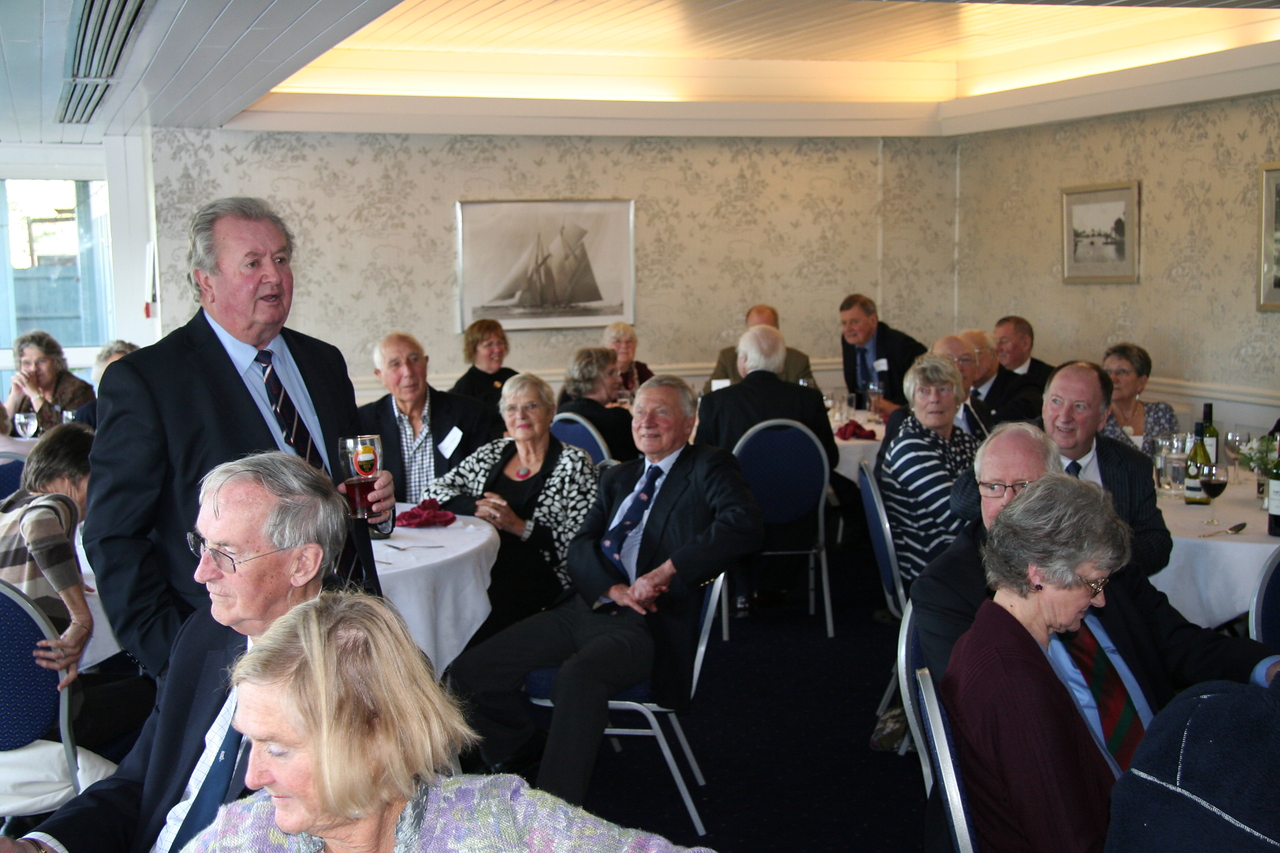 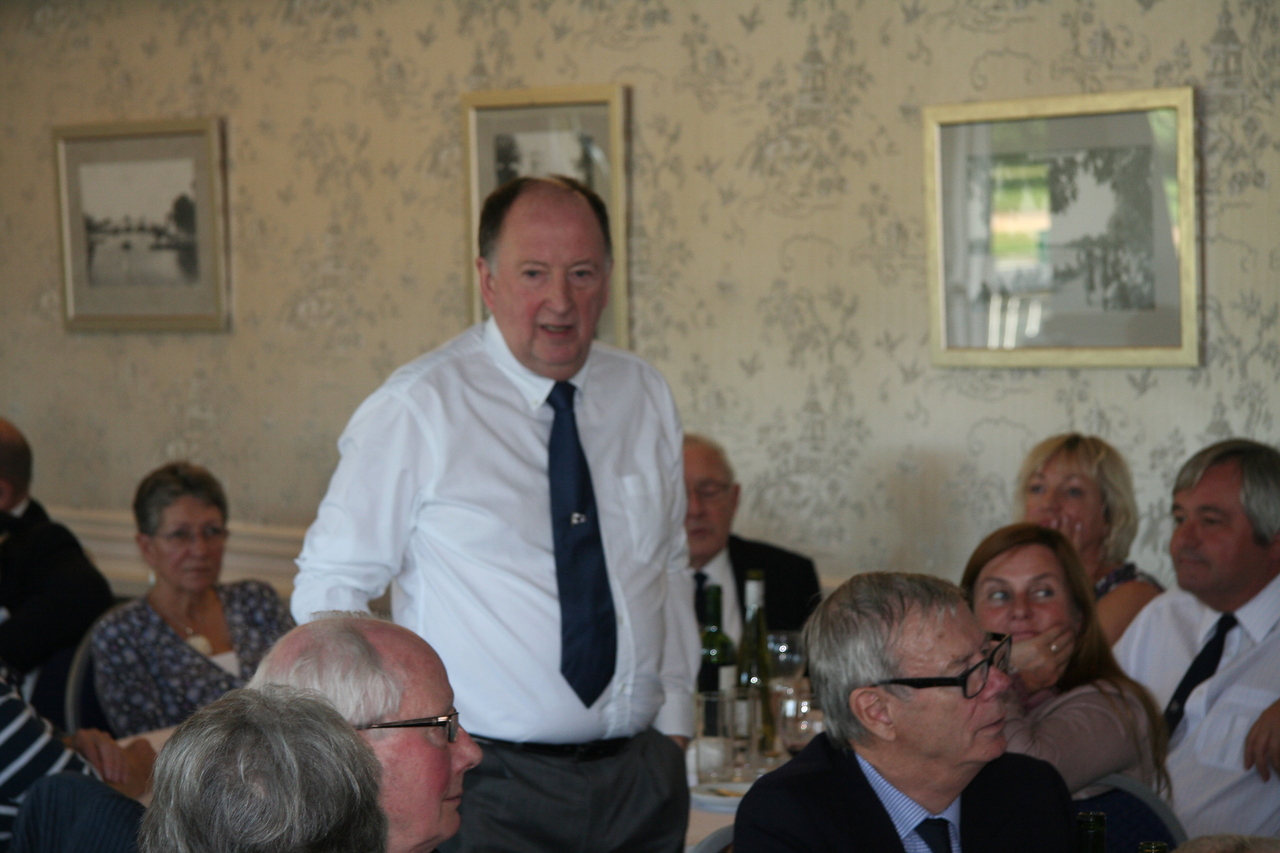 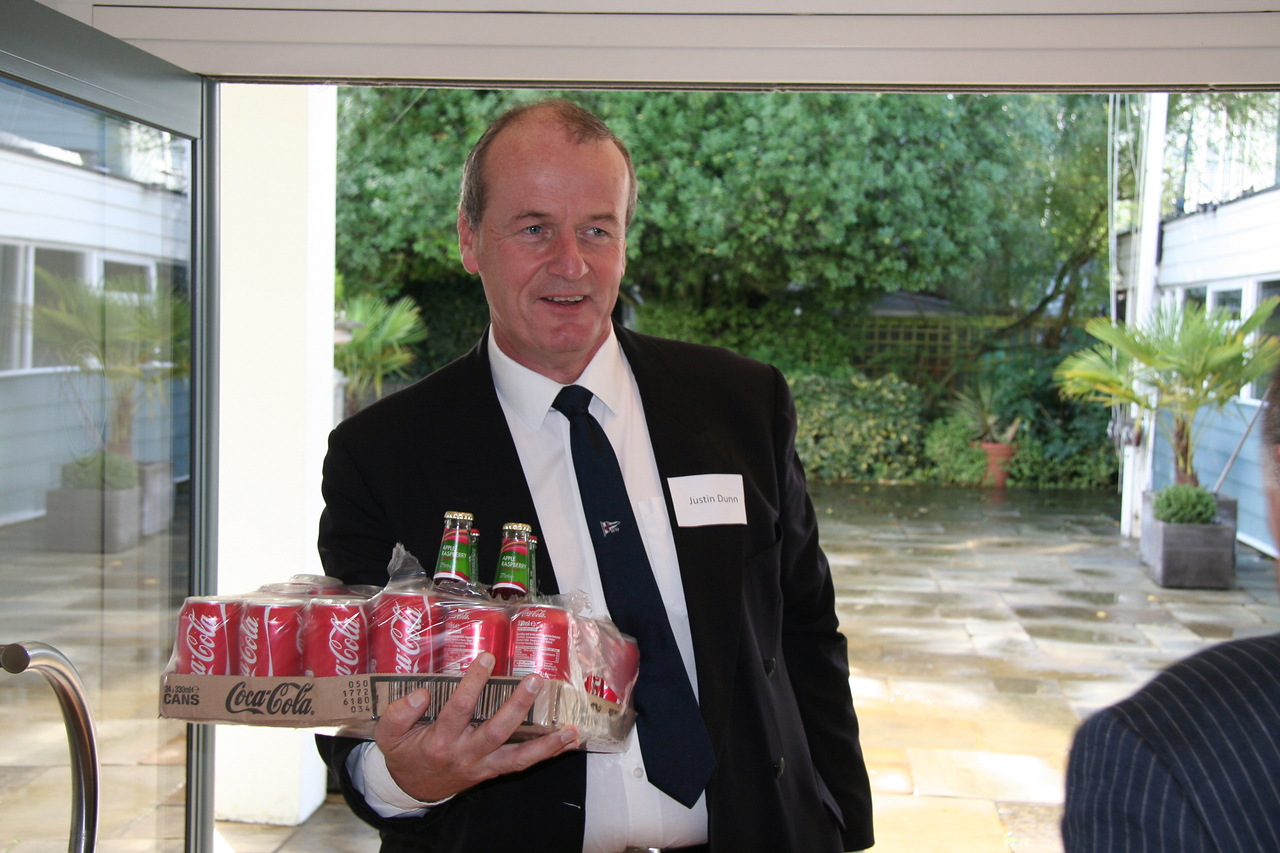 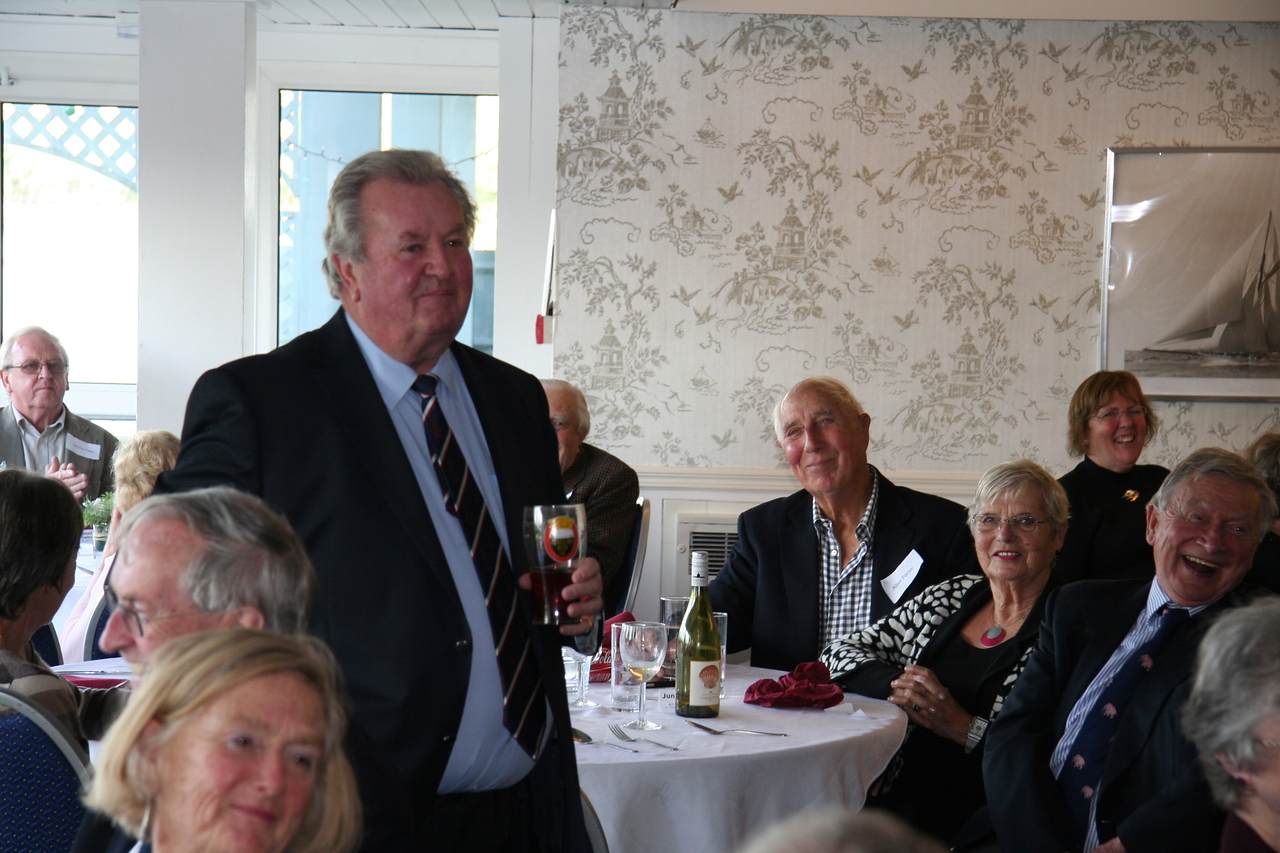 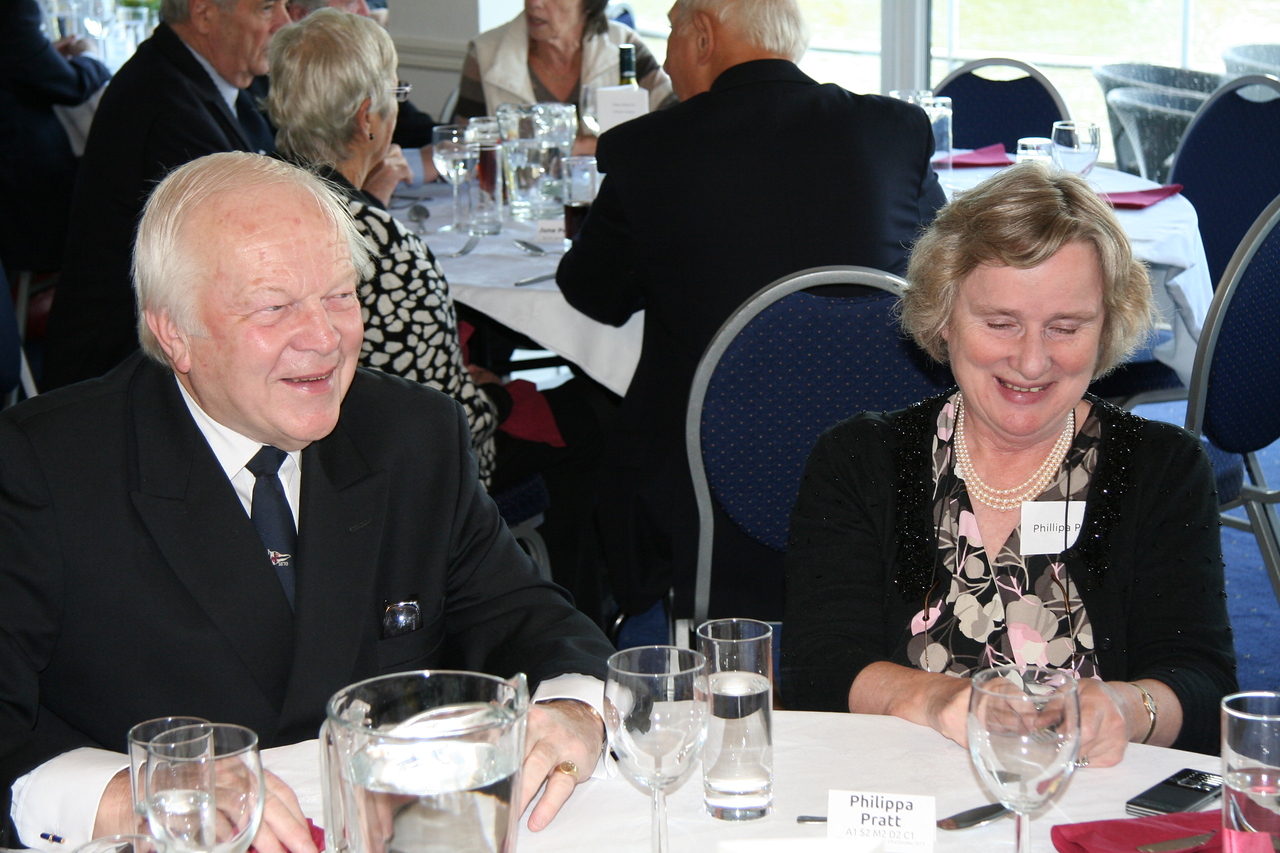 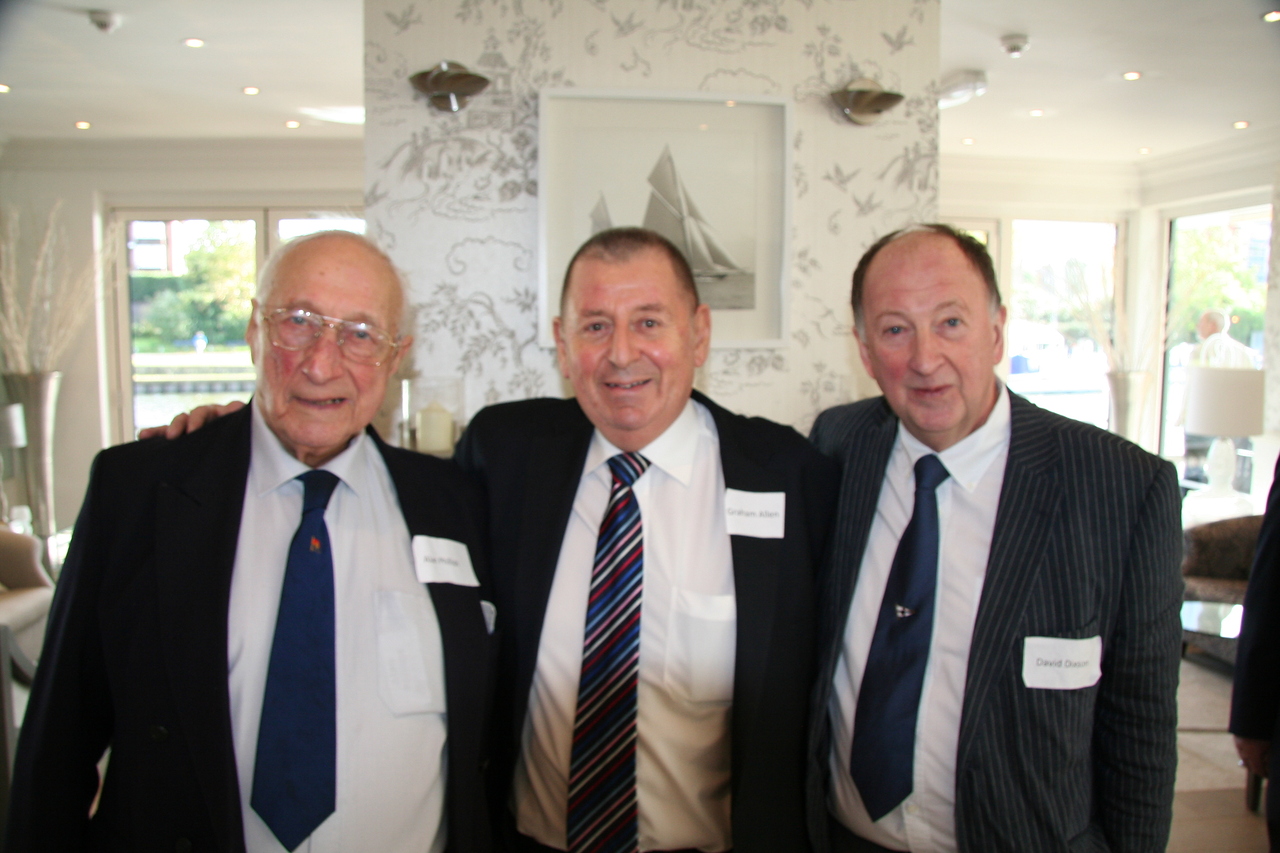 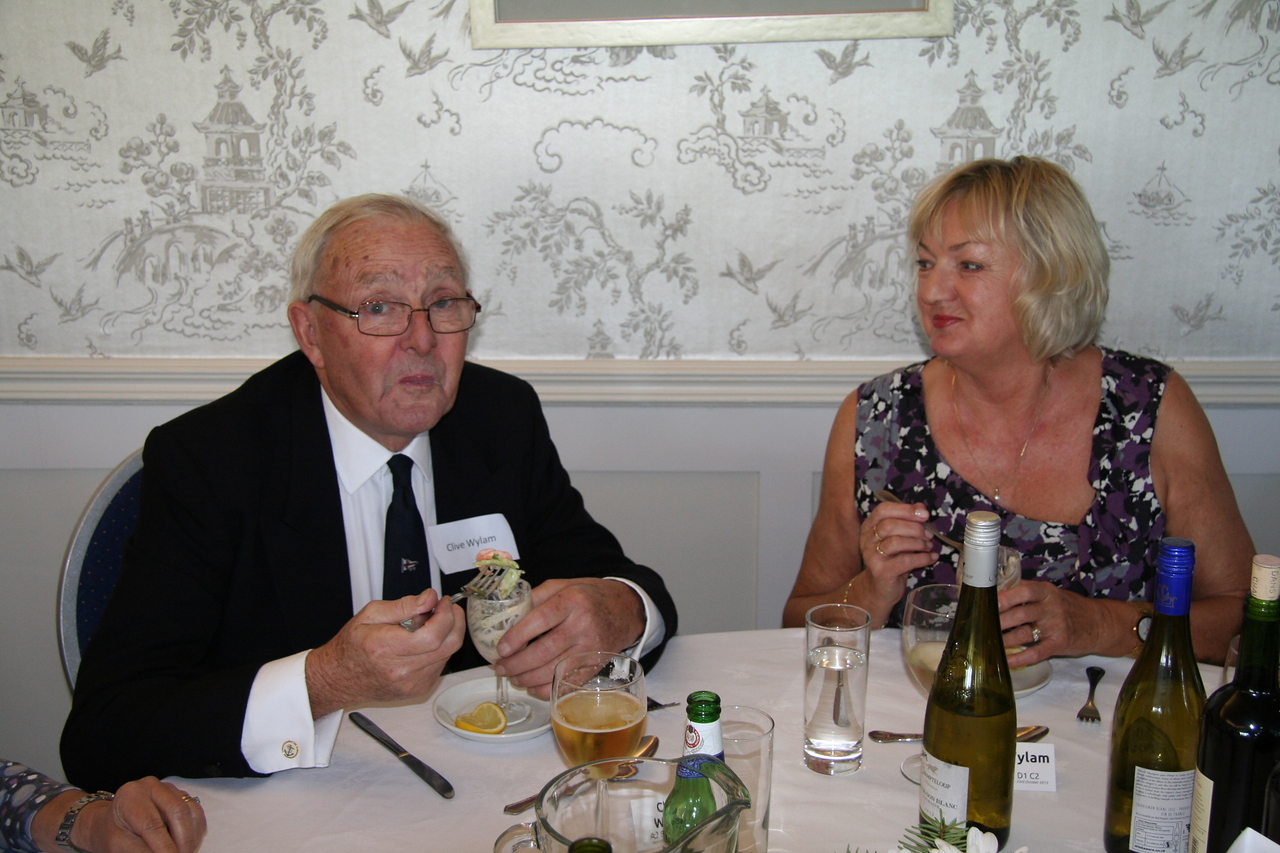